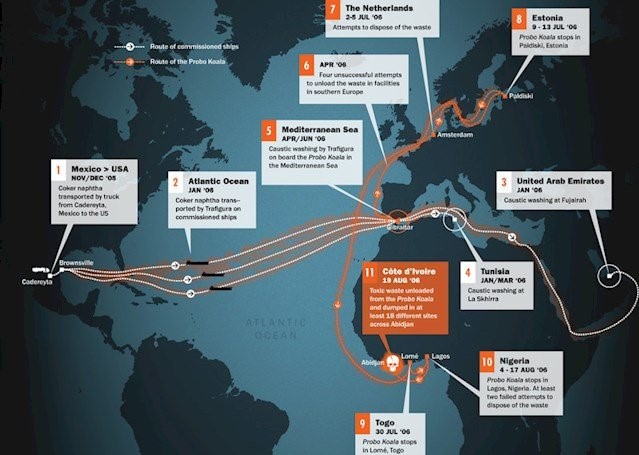 EDITORIAL: THE SWORN ENEMIES OF THE HUMAN RACE

Life on planet Earth is guaranteed by a precarious and miraculous equilibrium, due to the distance from the Sun, the rhythms dictated by the Moon, the force that prevents the atmosphere from dispersing into the cosmos, millions of years of evolution, photosynthesis, and thousands of other incredible circumstances so special, that most people believe, even today, that we are the only one or one of the very few inhabited planets in the entire universe, alone in a galaxy of hellfire and icy emptiness, always alert to any change that, as has already happened, could mean in a few moments the extinction of the complex, extraordinary and ferocious species of life called humanity.

Over the last two centuries, the triumph of this species over all others, and even over some of the rules of physics and chemistry, has led human beings to be able to destroy not only themselves, not only the planet Earth, but even some of the surrounding stars. We have developed deadly weapons, based on the triggering of a thermodynamic explosion, which, if ever used, would annihilate all existing life and make the Earth uninhabitable for millennia. But that is not enough. We have used natural resources beyond all imaginable limits, changing the telluric balance, the meteorological balance, threatening the process of photosynthesis, creating huge holes in the ozone belt that prevents the atmosphere from leaving the planet and, not content with this, we have created billions of tonnes of toxic waste that the ecosystem can no longer dispose of.

At this point we have started to wipe out entire species of animals and plants from the face of the Earth and, although we are led by our genetic inheritance to defend the survival of our people, due to the fact that we consider (often not wrongly) every other human being a dangerous enemy, and that we have developed an individualism unique in the history of life on the planet, which allows us to sacrifice everything and everyone for the supposed synchronic needs of a single human being.

Each of us, locked in our own selfishness, and in fear of the only certainty we have – that our lives will come to an end anyway – we are ready to do anything to satisfy not only our own needs for physical survival, but also those of overpowering others. While the males of some animal species lock horns with each other during the courtship season, the ultimate goal of which is procreation and perpetuation of the species itself, human beings kill, humiliate, trample and despise their fellow human beings not only to conquer a woman, but to obtain any momentary, fleeting, transitory satisfaction as an end in itself.

In his immense arrogance, the human being, in his complex sociality, has not only primary needs, but also induced needs – i.e. stimuli that can lead him to kill not for food or to defend his territory, but for a few pieces of paper, for everyday objects, or for the idea of being able to live in different conditions from others, in pursuit of success. All this should not be demonised, of course, because it was this cyclopean force that took us out of the caves into a society in which life span has been extended almost five times over the original natural cycle, its quality has improved to an unimaginable extent, and progress allows us to face any new challenge.

Today, our use of the planet is bringing us to the brink of extinction, not because of a war, but because of the damage we have done to the ecosystem. Most governments are desperately trying to reconcile primary and induced needs, individualism, viciousness and selfishness with the need to stop the destruction of the biochemical miracle that has allowed life to develop. While this is happening, with all the attendant problems, there are those who oppose it. With blind and cynical decision, regardless of the carnage and irreparable damage caused by their daily activities, these new enemies of humanity do not represent families and tribes – as is in our genes – but conglomerates born for the exploitation of everything and everyone.

We are talking, of course, about the mining and oil industries. They have enabled the level of progress that we have achieved, but now they continue to increase the speed (because the demand for energy, mobility, daily well-being is increasing) with which they consume natural resources beyond, far beyond the limits imposed by the laws of survival of the Earth.

There is one company in particular, Trafigura, that behaves like the true great enemy of humanity, and continues not only to destroy air, water, animals, plants and people where it is allowed to do so, but does so even where they have tried to prevent it. This does not mean that they can do what they want. Everywhere in the world, starting with organisations like Amnesty International and Greenpeace[1], there are attempts to stop them. We, in our own small way, with our dossier, are trying to make a contribution to humanity’s perception of Trafigura, hoping that we will be able to stop this monster before it is too late.