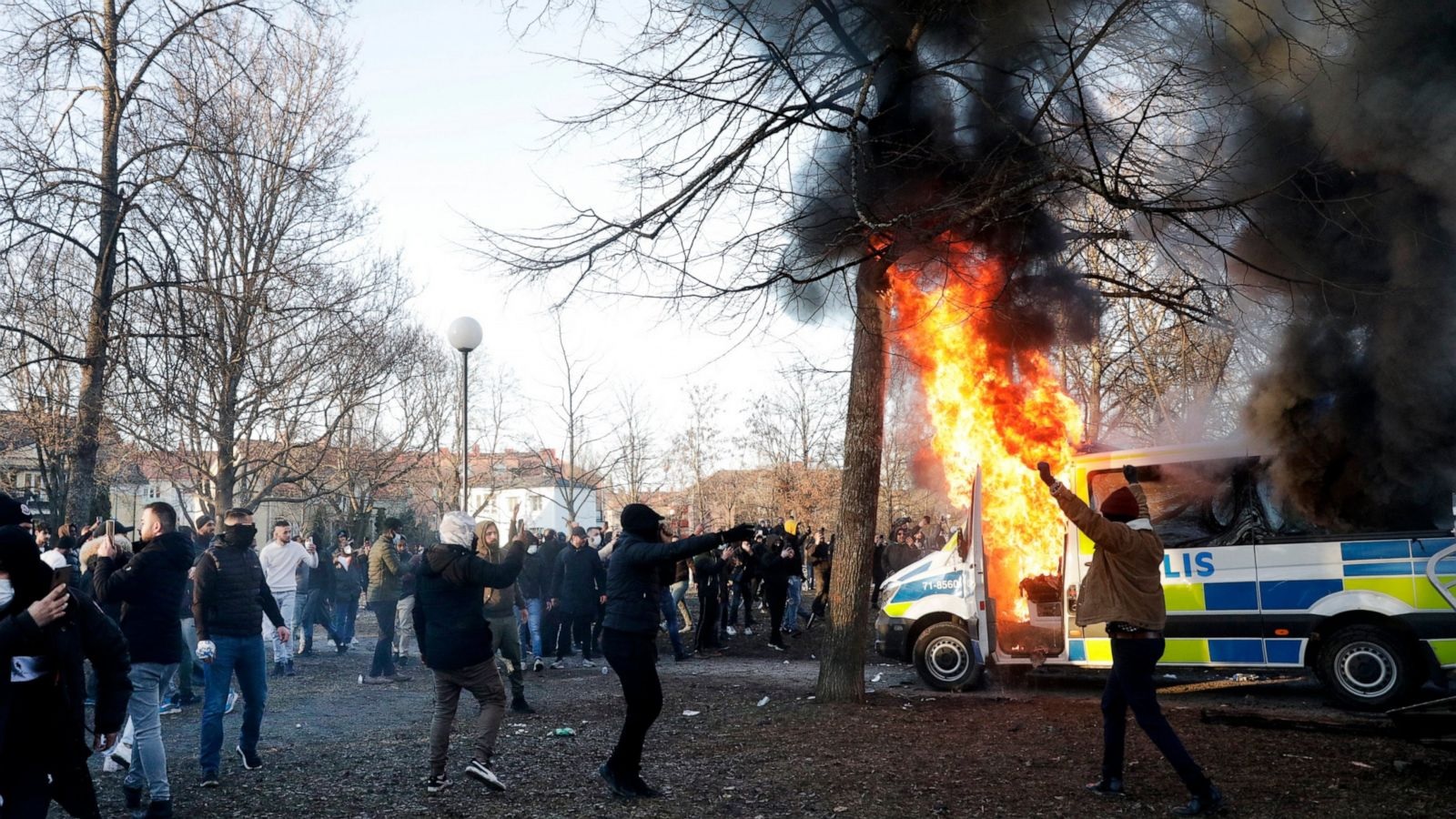 Sweden’s far-right party, Jimmie Åkesson’s Democrats, overwhelmingly won the elections. The Social Democrats still have a relative majority, but the centre-right bloc, if the alliance parties are counted together, has an absolute majority. For the umpteenth time in the last quarter of a century, a populist formation, with strong roots in neo-Nazi organisations, comes within a hair’s breadth of power.

Why this happened is easy to explain. The Swedish people regard their welfare as their due, and already five years ago they punished the Social Democrats (who governed with the Greens, but in the minority) for raising taxes and opening the door to the integration of hundreds of thousands of political refugees – arriving from Syria, Africa, everywhere. In a Western world where, for decades, political parties have renounced their fundamental values and slavishly followed the mood of the crowds, the Swedish government has decided to welcome, but has not been able to integrate foreigners: it has openly fought them, not helping them find work, taking away their children and, after the invasion of Ukraine, accepting a compromise with Turkey to expel the Kurds, who have a historical presence in Sweden and count on several MPs.

The government has failed to explain its reasons, because it has forgotten them. Sweden is a small country with a negative birth rate, and if it does not increase its population, prosperity will soon become a memory. Continuing the policy of ethnic cleansing already practised during the years of National Socialism, the Social Democrats focus on the forced integration of children and the ousting of adults – who obviously find it difficult to adapt and learn the language quickly. But foreigners, per se, are a necessary asset, and not a plague.

Ghetto neighbourhoods have sprung up, full of desperate people, where violence reigns supreme – in a situation where, in keeping with Scandinavian tradition, the police are extremely fussy and strict with ordinary citizens, and equally timid with those who beat and shoot. That is why, in the hope of regaining votes, the Social Democrats have called for more video surveillance – but the people want the Muslims to disappear from Scandinavia. Immediately. No matter how. And they approve (less and less secretly) of neo-Nazi patrols seeking summary ‘justice’. For the Swedish people, neighbourhoods with a high concentration of foreign nationals are Somalitowns.

A bloody insult, but also a signal to the neo-Nazis that violence is welcome – getting more violence in return, because a Muslim beaten to death, like any of us, will adapt. And if you are a foreigner in a country where you live in the cold, don’t understand a damn thing they say, can’t get a job and have your children taken away from you, your urge to commit crime grows. The mistake with foreigners is the one we Europeans all make: we want them as a humble and silent labour force, not as equal citizens. 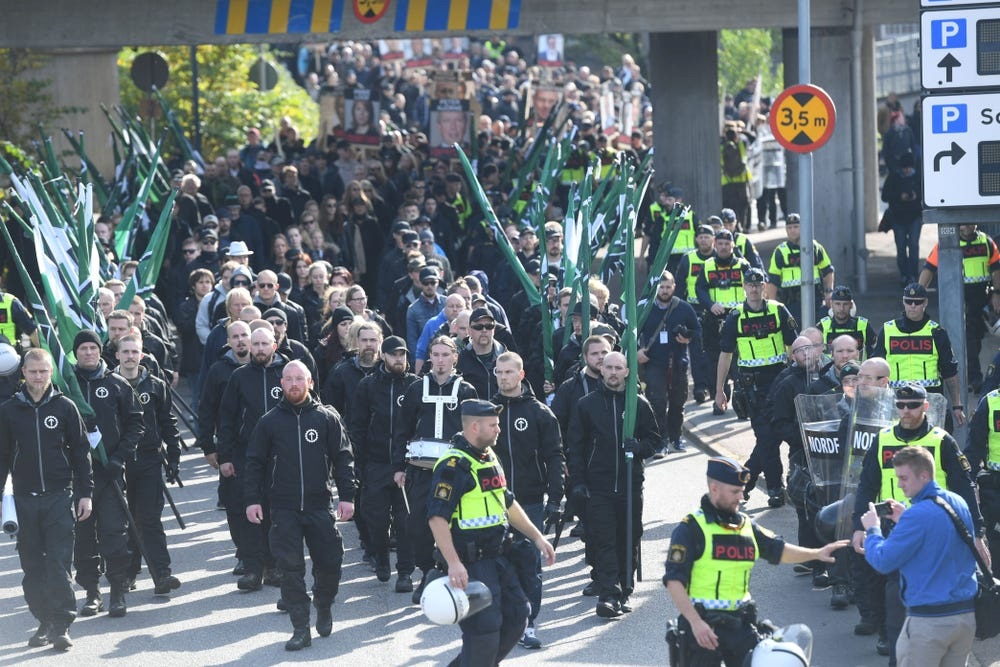 30 September 2017: Neo-Nazi march in Gothenburg – police stand by and watch

Then it happens that Putin invades Ukraine and energy prices skyrocket. Despite the climate change, I assure you, the Swedish winter, without heating, is terrifying. For the population it is clear: the fault lies not with Putin, but with the Swedish government, which, instead of joining NATO and raising taxes to strengthen the army, should have made pacts with Russia, to hell with the Ukrainians: they are still new foreigners, yet another one, arrived fleeing the war, looking for a home, a job and a future.

The far-right party declares itself to be pro-European and ecological – and claims that the solution to the energy problem lies in building new nuclear power plants. How ecological this is is hard to understand, but the Social Democrats have failed to explain that if the government decided tomorrow to build a new plant, it would have to raise taxes to pay for it, and it would take a quarter of a century (at least) before that plant would go online and start producing energy. Instead, the social democrats decided to follow the crowd, and support the idea of nuclear power. A folly that has brought them to their knees: now the extreme right has the numbers to govern, but has no ideas – in fact they negotiate for a new minority government, governed by abstention from the right, which will take the responsibility for the hard years ahead on their shoulders.

No one says that, in order to solve the grain and energy issue, it is necessary for Ukraine to win the war, and that in any case, immediately afterwards, there will be an immense Marshall Plan that will earn billions for Western companies. One prefers to follow the discontent instead of making policy. Like in Germany, Italy, almost everywhere. I hope we all get away with it.