THE CHALLENGES OF THE EUROPEAN UNION 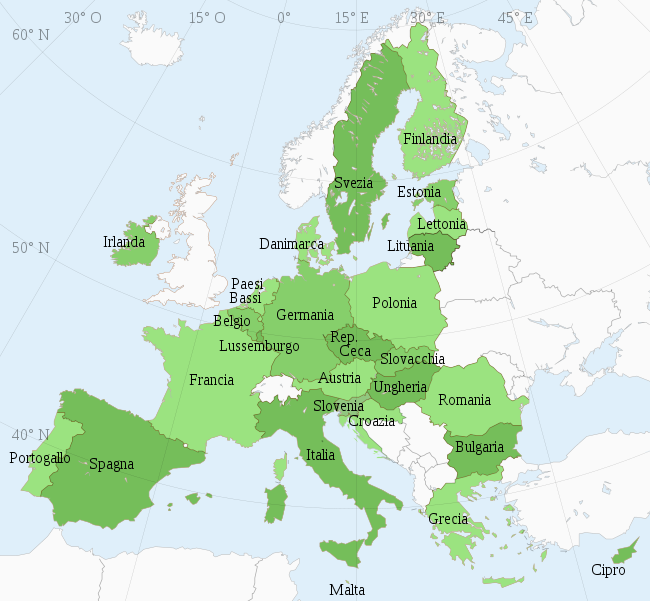 EDITORIAL: THE EUROPEAN UNION, A DREAM THREATENED BY MAJOR DICTATORSHIPS AND POPULIST EGOISM

On 1 November 28 years ago, with the Treaty of Maastricht, the European Union was born – an attempt to achieve, in the long term, a federal state uniting the whole of Western Europe and the westernmost part of the former Warsaw Pact countries. An attempt born of the painful lesson learned from the barbarity of the Second World War, which taught everyone that we Europeans are much closer to each other than our rulers claimed.

It is a difficult attempt, fraught with obstacles, because the long wave of the Congress of Vienna, which in 1815 established the notion that international law was based on the recognition of the inalienable rights of individual nation states, has not yet been absorbed by the sands of history. It is an attempt born of the prospect of a customs union, which has brought wealth, but which is now no longer sufficient, and must become a fiscal, legislative and military union.

In the political and lobbying dialectics of every single constituent country of the Union, the most recurrent element is that of blackmail: if you want progress in European unification, then you must accept this or that exception that guarantees advantages to one party, one region, one industrial group. On the one hand, German, French, Italian and Spanish corporations use all methods, legal or illegal, to gain market shares, while in national parliaments populist forces carve out spaces of power by exploiting the ignorance, superficiality, fear and superstitions of a significant part of the population.

Added to this is the fact that, while other past, present and probably future economic powers (the United States, Russia, China, India, Brazil, Japan and the Persian Gulf countries) share a single language, in Europe there are borders solidified by centuries, different languages, memories of disputes that resulted in terrifying wars not even a century ago. The European Union, as dreamt of by Giuseppe Mazzini and then designed by Altiero Spinelli, is still a utopia, but it is also an indispensable challenge. Because, even if a large part of the continent’s population does not know it or pretends not to know it, the centuries of Eurocentrism are over. Not only because the doctrine of limited sovereignty, practised for over half a century by the United States and the Soviet Union, has not yet been truly overcome – but because the aggressiveness of the Chinese culture and economy threatens to transform Europe once and for all from an economic and industrial powerhouse into a playground for rich Chinese, Russians, Indians and Arabs who love our natural, monumental and gastronomic beauty and our freedom of movement and thought.

We are an area with a negative birth rate, with an advanced welfare system, but one that cannot be sustained without continuous economic growth (and, therefore, tax revenue), which is unwittingly being fought by the populists and by that part of the population that has not yet understood how great the danger is that, in less than a century, Europe will become a land of waiters and restrictions on freedom, precisely because we will be overwhelmed economically and energetically.

We must solve the problem of scientific and technological development, energy conversion, the absorption of the large masses of workers we need to balance the low birth rate, the need to implement telecommunications, defence systems, health and justice. In this dossier we are therefore dealing with these issues, at national and supranational level, driven by a pro-European spirit and the conviction that our achievements in freedom and civilisation must be defended not by letting illegal immigrants drown in the sea, but by creating the conditions for an improvement in life, society, the economy and military defence. And to cancel, if possible, those political forces that have sold themselves for a plate of lentils and are now talking big and using the masses who, less than a century ago, were used to create the conditions for national socialism and Bolshevism, and who are now once again ready to throw themselves into the fire for whoever tells the biggest lie.