HAITI IN BLOOD: THE TERROR OF CRIMINAL GANGS 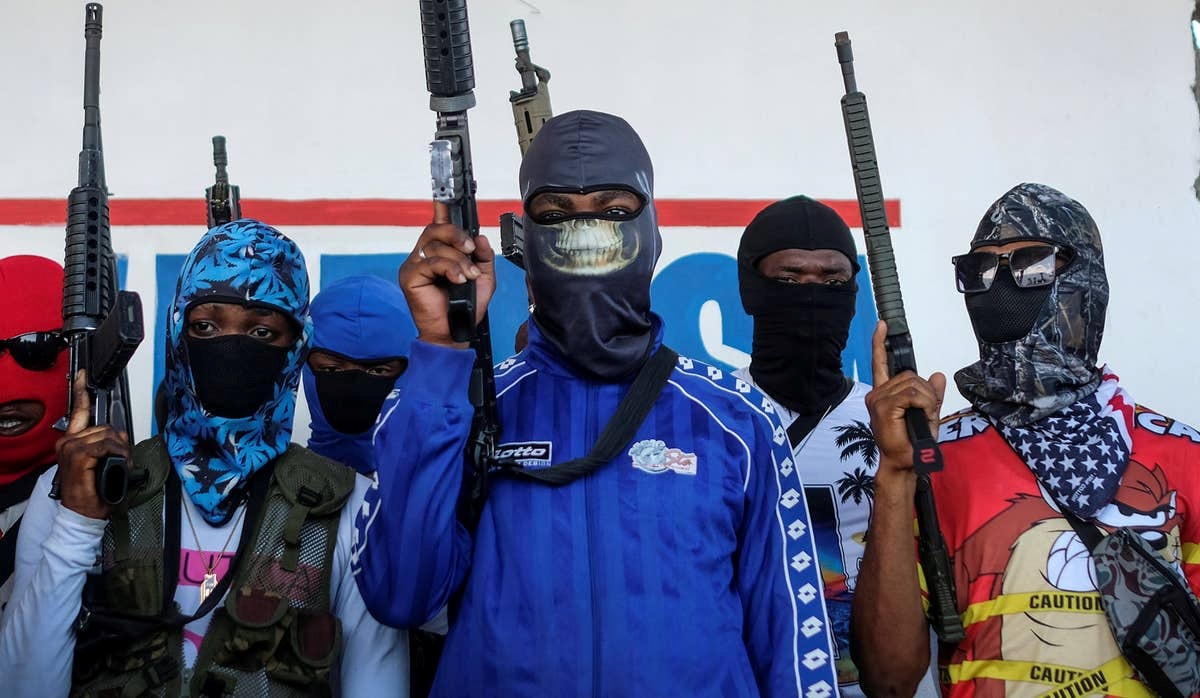 There are ferocious and endless conflicts that no one cares about anymore, as the Ukrainian crisis focuses the attention of the entire world. But people are still dying there, every minute: a seemingly endless trail of blood – as on the island of Haiti. It has been a year since former President Jovenel Moïse was killed, at home, by a commando’s fire of which nothing is yet known, in a wretched Haiti already in total chaos: misery, hunger, destruction, fear, violence, corruption, betrayal – this is the biotope in which the assassination matures. We left a country totally out of control, in a very difficult crisis[1]. Today we return to those places to understand what has changed.

Everything, as expected, has worsened: killers still unknown, hundreds of people fleeing a country in free fall. Attempts to form a coalition government produced no results, and efforts to reach a general election were in vain. In the meantime, criminal gangs have grown stronger and control every corner of the capital: kidnappings are no longer counted, the turf wars are more and more extensive and violent, and gangs block roads, preventing access to entire regions of the island. Widespread violence fills the headlines: in Cite Soleil alone, a district of Port-au-Prince, gang warfare produced more than 470 deaths and hundreds of injuries between April and July this year.

Death and terror in Port-au-Prince 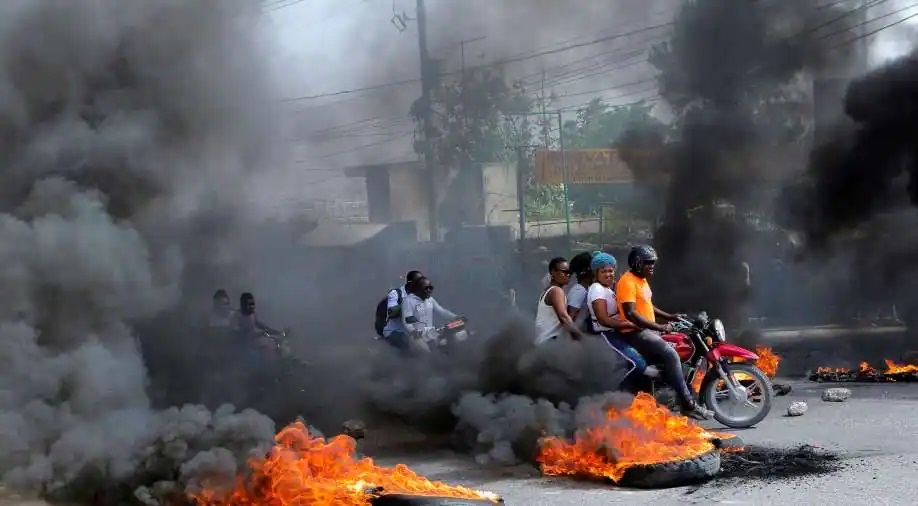 Since 24 April, guerrilla warfare has been raging in Port-au-Prince: a fierce clash between Chen Mechan’s gang and the rival gang of 400 Mawozo[3], known for the kidnapping of 17 American missionaries[4]. The police do not intervene, there are no means, despite Prime Minister Ariel Henry receiving international aid to strengthen them: the problem, however, is the absolute power vacuum, which does not allow any repressive action[5]. According to a report released by the Center for Analysis and Research in Human Rights, at least 118 people are kidnapped in May 2022, 155 in June[6].

In July, the situation worsens considerably: the G9 gang, led by its leader Jimmy Chérisier, alias Barbecue (because of his dedication to setting fire to houses with their inhabitants inside), clashes with the men of ‘G-Pép’, a new coalition led by ‘Ti Gabriel’, who opposes the power of the G9[7]: days of terror are experienced in the Cite Soleil neighbourhood, with the inhabitants locked in their homes without food, water or access to medical care[8]. Shooting goes wild, dead and wounded everywhere. Dozens of houses are set on fire, thousands of people are forced to flee. Mumuza Muhindo, head of mission for Médecins Sans Frontières, recounts seeing rotting and charred corpses in the streets everywhere[9].

There is no shortage of weapons for the gangs: a UN report (2020) estimates that more than 270,000 illegal firearms circulate in Haiti – the main supply channels are with Florida[10]. One example, a recent discovery of a cargo coming from the USA: the Haitian customs agency, on 14 July, seized 18 weapons of war, four pistols and almost 15,000 rounds of ammunition shipped in containers destined for the Episcopal Church of Haiti: the latter maintains its extraneousness[11]. But this is but one of many kidnapping incidents: the history of smuggling with the United States fills entire volumes[12].

Children are among the first victims of the violence: since 24 April, 1700 schools have been closed (in the capital alone), and half a million children remain at home, trying to avoid the rain of bullets[13]. The UN denounces the ‘extreme violence’ of the gangs and records ‘gang rapes of children as young as 10 years old, and the terror and intimidation of local populations living in areas controlled by rival gangs’[14]. The gangs, moreover, do not hesitate to recruit children[15]. It is a humanitarian emergency: the UN and the World Food Programme are forced to take action to directly provide water and food to starving citizens: violence paralyses all activities, people cannot leave their homes. Many seek refuge in churches or abandoned schools, but have nothing[16]. 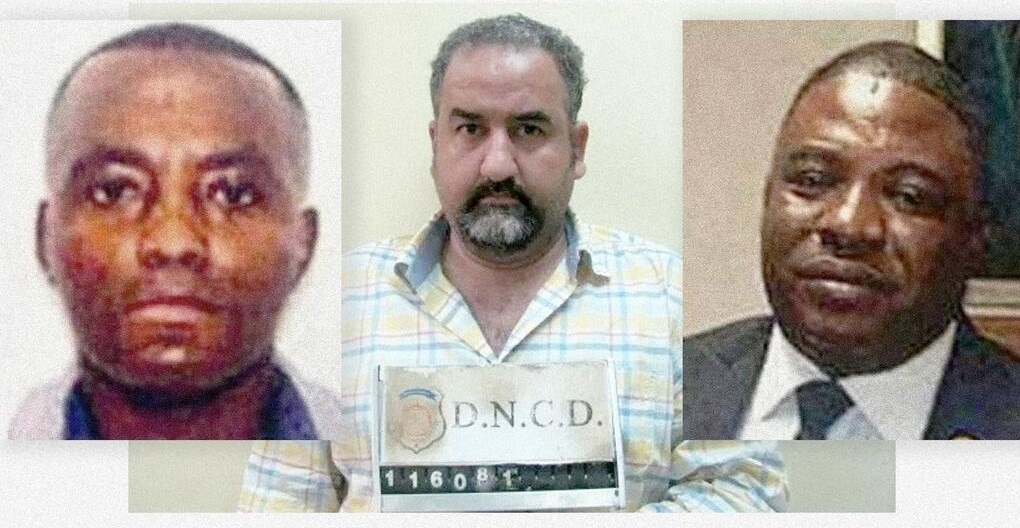 Three suspects in the assassination of the president; from left: Mario Antonio Palacios, Rodolphe Jaar and John Joel Joseph[17]

The widow of President Moïse, Martine, who was seriously injured in the attack, demands justice. She speaks out in the strongest possible terms, and says she will not participate in any of the commemorations organised by the state in protest, ‘whose head of government is under serious suspicion of [involvement] in the assassination of the President of the Republic’[18]. To date, the national police have made 44 arrests, including 18 former Colombian soldiers – one died of covid in prison[19] – but none of them have been prosecuted. The judicial system is paralysed: four judges assigned to the case were forced to resign over death threats[20], while a fifth has been appointed by the court. Meanwhile, a Turkish court rejected a request for the extradition of a Jordanian citizen believed to be involved in the murder[21].

The US Justice Department has indicted three suspects, who are being held in a federal prison in Miami: they are former Colombian army officer Mario Antonio Palacios[22], Haitian businessman Rodolphe Jaar (a former informant for the US Drug and Enforcement Administration, already convicted of drug trafficking a decade ago, confessed to smuggling seven tons of cocaine), who admitted supplying the weapons to the commando[23], and former Haitian lawmaker John Joel Joseph, accused of being one of the leaders of the plot – framed by a WhatsApp conversation in which he discussed details of the operation with James Solages, formerly detained in Haiti[24].

The three were formally charged with “conspiracy to murder or kidnap outside the United States” and providing “material support […] to prepare or execute the conspiracy to murder or kidnap”[25]. At this point, the US justice system represents the only hope for many Haitians to shed light on the assassination of the president. On the motives of the assassination, nothing is yet known: a New York Times article of 12 December 2021 states that, before he was killed, Moïse was ‘working on a list of powerful politicians and businessmen involved in Haiti’s drug trade, with the intention of handing the dossier over to the US government’[26]. Some officials reveal that the assassins, during interrogations, claimed that the recovery of that list was the top priority[27]. As a result of the interceptions, Prime Minister Ariel Henry also ended up among the suspects: accused by Chief Prosecutor Bed-Ford Claude, Henry thought better of sacking him a few hours later, appointing Frantz Louis Juste in his place[28].

The effects of the political vacuum 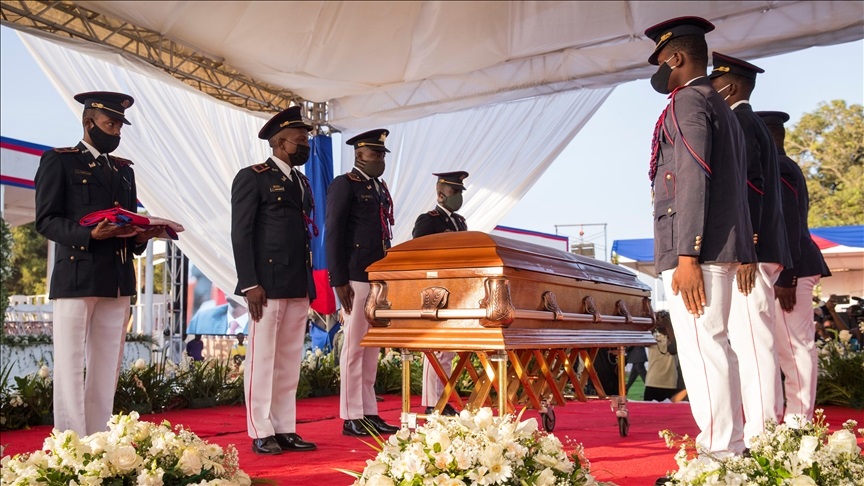 The political situation shows a bleak vacuum: the crisis began on 7 February 2021, when Jovenel Moïse made clear his desire to remain in office beyond the end of his term[30]. A fact that not only triggered violent protests by the opposition, but also sparked massive street riots[31]. On 7 July, the killing of the president plunges Haiti into total chaos. In less than two weeks, Prime Minister Ariel Henry was elected. He was well aware of how complex the situation was: he himself declared: ‘It is in a context of extreme polarisation […] we must find and implement a lasting solution to the multifaceted crisis we face’[32].

Henry begins an attempt to assemble a provisional government of national unity, with the intention of steering politics towards the next elections, scheduled for the end of the year, and finds agreement with the Core Group, a group composed of ambassadors from Germany, Brazil, Canada, Spain, the United States, France, the European Union and representatives of the United Nations and the United States. The opposition coalition Democratic and Popular Sector does not accept the Prime Minister’s appointment, calling him a puppet in the hands of the international community: “His is just a political provocation that will add fuel to the fire and push the country further into crisis”[33]. Many activists are also openly opposed to proceeding with the elections, thinking that the moment, steeped in violence, is wrong, and that the situation can only get worse: the risk that citizens will not be able to participate freely is too high[34].

However, the elections are postponed: on 27 September 2021, the Prime Minister, in a decree, announces the dismissal of the members of the Provisional Electoral Council, who had been strongly criticised by the opposition since their appointment[35]. The decision resulted in the indefinite postponement of the elections, which until then had been scheduled for 7 November; Henry told CNN that the elections would be held after a constitutional review in the ‘early months of next year’[36]. But almost a year has passed since then and nothing has happened.

Henry opposes a major initiative, the Montana Accord, formulated by Haitian civil society groups (over 180 organisations from religious groups, women’s and farmers’ constituencies, lawyers’ associations, trade unions, political parties and human rights groups), with the idea of setting up a two-year transitional government. Henry justified himself: ‘a president cannot be appointed or selected by a group of people or organisation. Elections are the only way forward’[37]. Yet the Montana Accord is the only real possibility to restore order to the political chaos, as it provides for a governance structure that both rebuilds the national consensus on key issues (such as the 1987 constitutional reform) and establishes a congruent timeframe to reconstitute the country’s electoral machinery.

Meanwhile, criminal gangs run amok, the economy is at a standstill, the citizens desperate. Canada announces $39 million in aid for health services, security and infrastructure, while the UN plans a donor conference in February[38]. The international community, on the whole, has done little over the years despite massive inflows of foreign aid and declarations of humanitarian intent. In April, US Congressman Andy Levin criticised Henry’s ‘rush to elections’ and urged the Biden administration to work out a joint solution with the Haitian parties[39]. But the international situation (and the situation within the US itself) leaves no room for assuming the onerous commitments needed to make the country stable and peaceful. 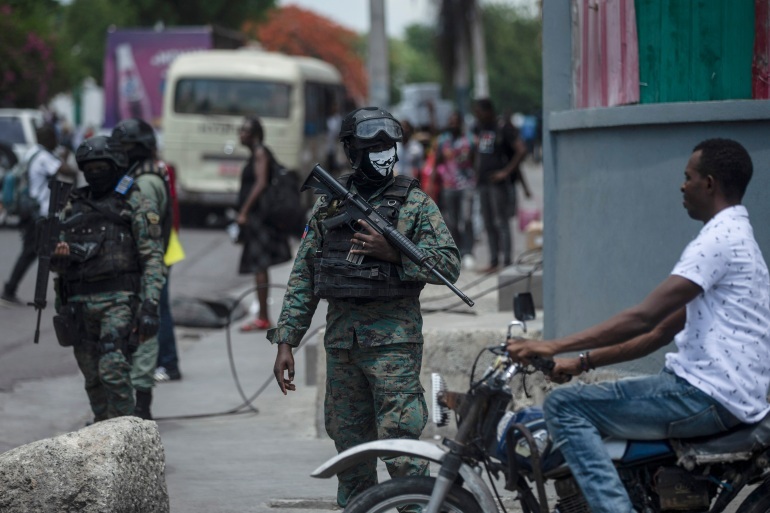 12 July 2022: the Haitian army tries to regain control of the capital, while a few metres away, the weapons of warring criminal organisations are firing[40]

Henry fumbles: he does not want to relinquish power, but he is powerless. In June he urges Haitians to work together, and writes on Twitter: ‘This is an obligation if we are to restore security, deal with armed gangs and their sponsors, [and] create a climate conducive to holding elections with high voter turnout, in order to rebuild our democratic institutions’[41]. This is the best I can do: rather little for a nation racing towards total destruction.

Decades of political instability and natural disasters have devastated the island. Its economy, the poorest in America, is totally dependent on foreign aid. More than a third of Haitians are starving and gangs have taken over entire urban areas, disintegrating the social fabric. Haiti is a country that, after decades, continues to pay the bitter price of French colonialist devastation; but also that of successive heavy interference, from the US military occupation in 1915, to the recent US embargo on Venezuela, which accelerated the end of the PetroCaribe programme, causing the 2019 fuel shortage and triggering the riots that followed: events that have irreparably destabilised society, politics and the economy. But not even a slight sense of guilt, useful to trigger even the slightest assumption of responsibility, seems to touch the West.