GLASGOW IS ABOUT THE GLOBAL ENVIRONMENT, BUT ALSO ABOUT GLOBAL POWER 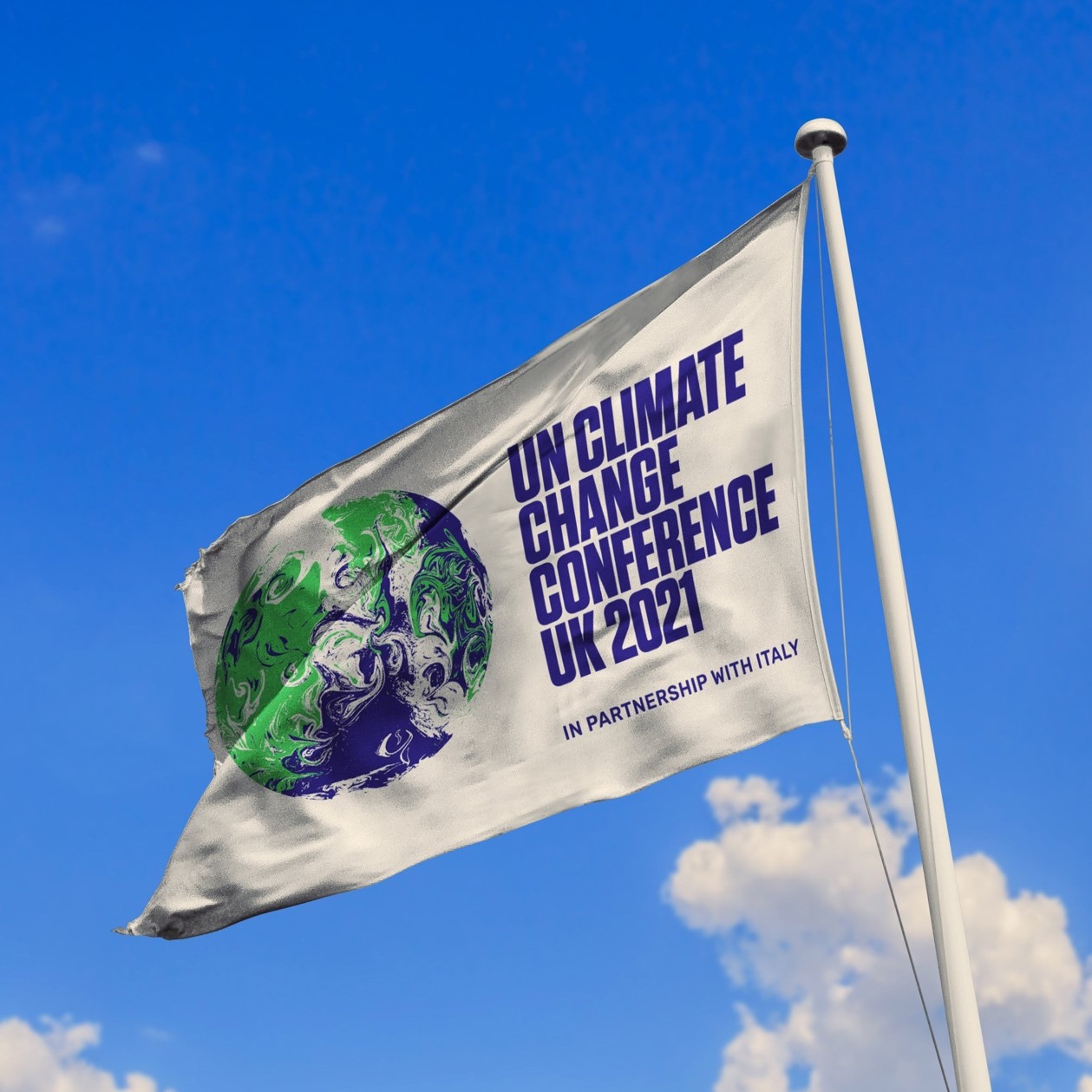 The UN climate conference in Glasgow runs until 12 November. Johnson: “It’s one minute to midnight, we must act now”. The world must accelerate its commitments to keep the temperature rise below 1.5 degrees to avoid the worst effects of climate change. The emissions gap report shows an improvement, but even with the pledges we are heading for a 2.5 degree increase.

Climate change and its effects are accelerating. Extreme weather events have increased dramatically in the last decades while climate-related disasters went up by 83% in 2000–2019. In 2017, the world saw 68.5 million “climate migrants”. This is more people than at any point in human history[1]. In 2018, the World Bank estimated that there will be 143 million more climate migrants by 2050[2].

Season after season the conditions of livability on the planet are worsening. For 6000 years humans have thrived within a narrow “climate niche”[3], which has allowed societies to develop. If we don’t cut emissions drastically, this climate niche will shrink irreversibly in the next half century and large swaths of the planet will become unliveable. The security of our food systems and water resources is already at risk. If climate change is an existential threat to the survival of the human species, then we need a “whatever it takes strategy” to tackle it.

Cop26 delegates are upbeat while they pass from one event to another. Never in the history of climate conferences has there been so much energy. In Glasgow, tech billionaires – the likes of Gates, Musk, Bezos – take the stage along the stars of world’s politics. But behind the scenes of this show, is anything good happening for the planet?

The answer is probably yes. One of the reasons to trust that something of substance is happening in Glasgow is that all stakeholders are taking a step towards reforming the economic system and are seeking to be rule-makers rather than rule-takers.

Yet, markets alone won’t save us from the twin crises of nature and climate; regulation, and good policies, will. EU Commission Vice-President Frans Timmermans said as much in September. “This may come as a really big surprise to many who were very much committed to the neoliberal economic model”, he added[4]. Today, many economists have described climate change as the greatest market failure in history. The dawn of a new economic model?

As we write, China is moving towards an ecological civilization. Europe aims to become the first climate neutral continent in the world.

A failure of governance 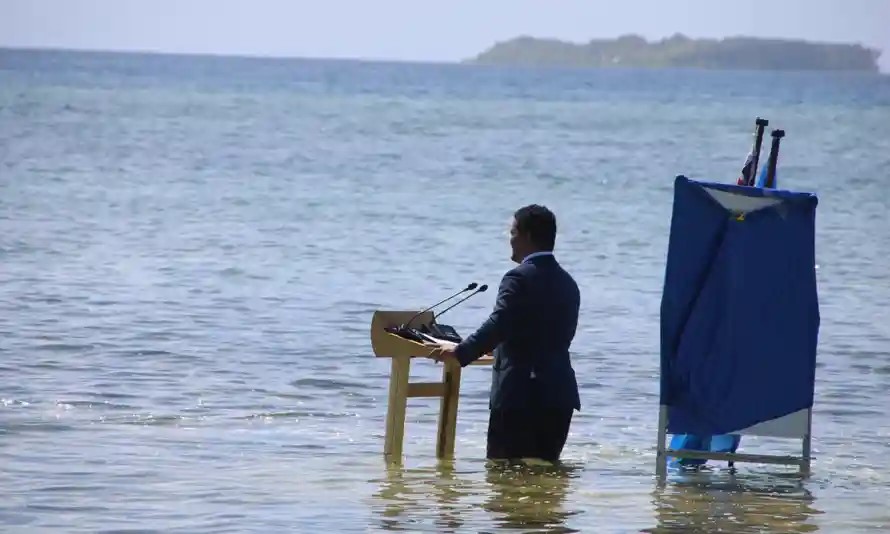 The focus in Glasgow is on how to mainstream innovation to accelerate the transition from a post-fossil economy. The first step, however, is to build the new system of rules for the ecological industrial system. That’s a whole new game. New policies are to be designed to ensure the scalability of solutions and the transformation of markets. A whole-economy carbon (and resource) price is what we need. This, will transform our societies and the way we all live.

A key dimension of this failure is political. Today we know that climate is “the” issue at the heart of industrial and social systems.

Still, negotiations under the UN Convention on Climate Change have been managed since the early 90s by the Ministries for the Environment of the Parties to the Convention.  And while the Ministers for the Environment made commitments to reduce carbon emissions, their colleagues of Energy, Agriculture and Finance promoted policies to support the production and consumption of fossil fuels. This contradiction has marked the entire long journey of the COPs, albeit in different ways over the years. The other elephant in the room is energy security.

For anything that makes a difference, look to Ministers for Energy, Agriculture, Industry, and Finance. To address environmental challenges, environmental management needs to shift towards social and industrial systems. Our society needs to use carbon less intensely, while we bolster the resilience of the environment by enhancing carbon sinks.

Some do see the opportunity along with the challenge. US Special Climate Envoy, John Kerry, sees in the building of this bright new world the biggest economic opportunity in the history of humankind.

Reforming the Economy, on the double 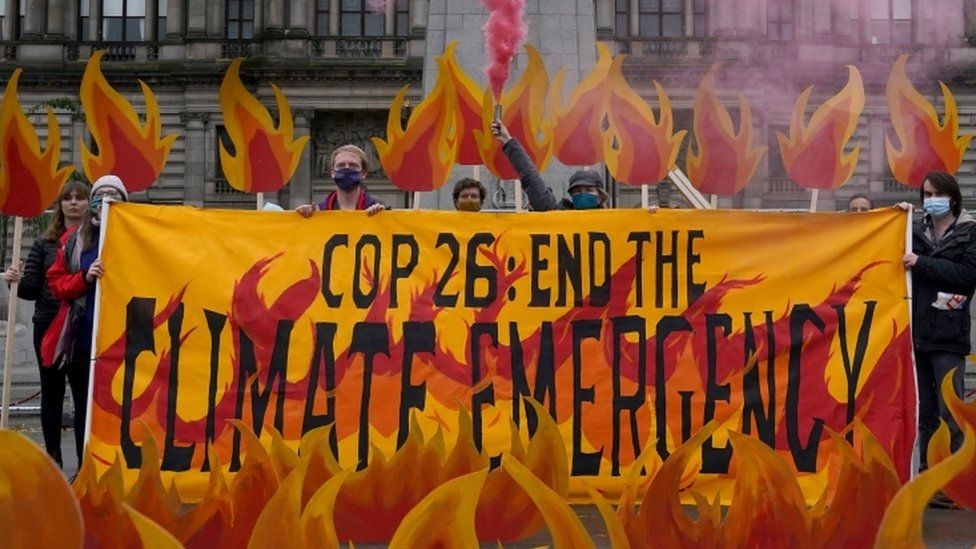 27 October 2021: Environmental protesters march through the streets of Glasgow[6]

In Glasgow, it is clear what the challenge is perceived as global. That is why 100 countries have committed to halting deforestation by 2030: a goal in line with the objective of another major UN conference (Cop15 on biodiversity) that was recently concluded in China, successfully.

The tone has changed, says Youssef Nassef, director of the UN Adaptation Division of the UNFCC in Bonn. In the history of the COPs “there has never been such a large number of voluntary initiatives”[7].

But the question is whether this consensus is also reflected in global determination to substantially reform the economic system.  That is a different order of challenge, which is nothing less than a “civilizational,” as the Italian Prime Minister noted during the G20 Summit in Rome, right before Glasgow.

“We are changing the economic system,” Mario Draghi said[8].

The rules of the new economy are simple: to mainstream climate regulation, you need to internalize the external environmental damage. “Cheap” or “expensive” should be a calculation that involves extraction, production, and consumption.

Once these externalities are integrated in the market system, energy producers and national economies will have a “level playing field” [9]. Without such a system, the world risks plunging into permanent conflict. And this industrial, economic, and social revolution needs to happen quickly and globally.

There is a sense of urgency. German environment secretary Flasbarth notes that “the new normal” in Glasgow is speeding things up[10]. China’s top climate negotiator Xie Zhenhua believes that a broad deal on carbon markets is becoming possible[11].

Eventually, how we build forward – not back – better, will make or break the success of the ecological transition. What will be the environmental cost of Biden’s infrastructure package or of the China funded projects along the Belt and Road? Even more than before, truly ecological standards are needed.

There is a sense of urgency.

In Glasgow, 20 states are committing to ending public subsidies for fossil fuel investments abroad by 2022. That is now. And that is complicated because many oil and gas companies – such as Italy’s ENI – are state-owned[12]. 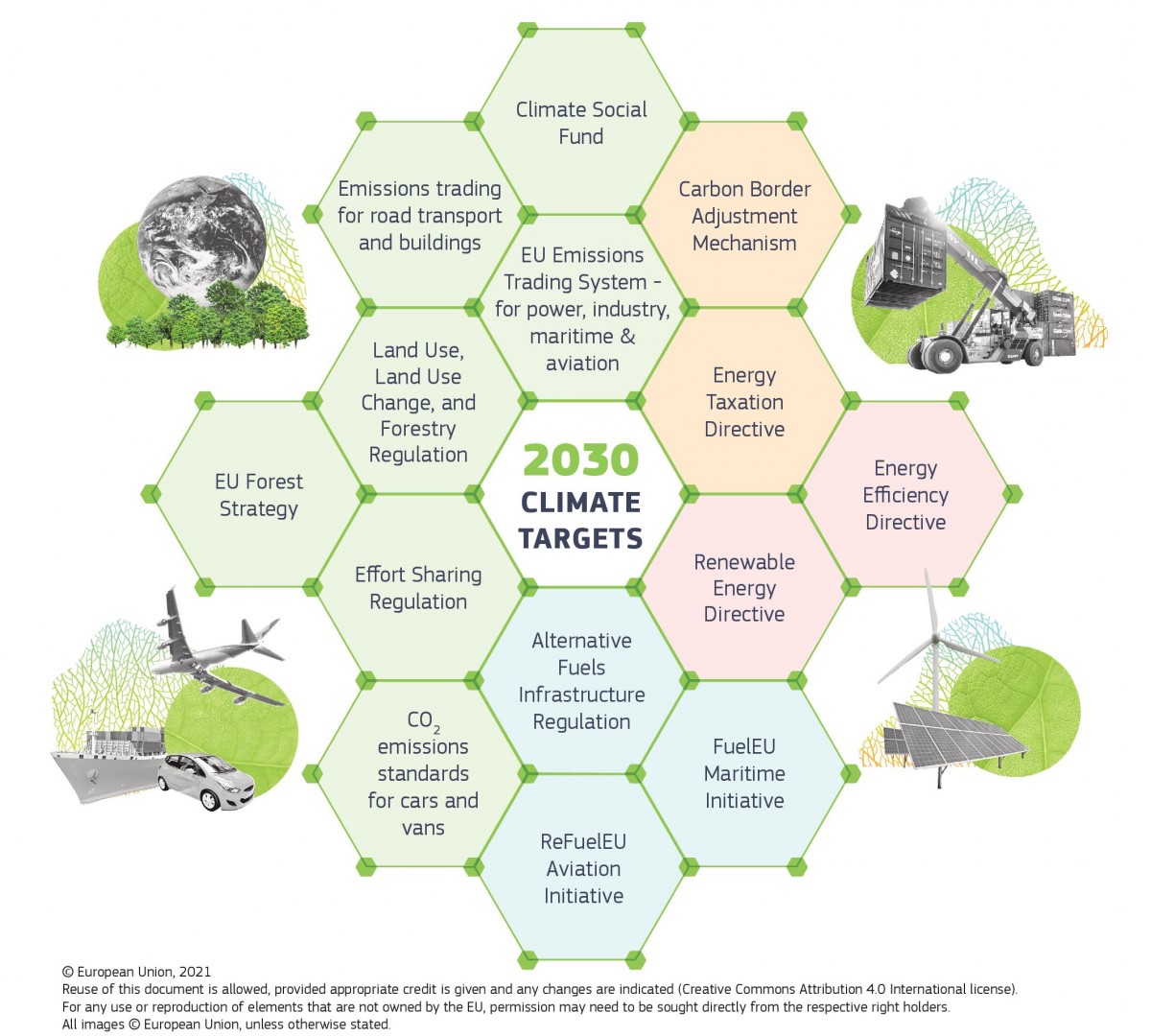 The question is whether governments can convince stakeholders to assume the cost. The growing concern over stranded assets looms large in the minds of politicians worldwide.

And rightly so. What we need is an orderly transition. If rich states are unwilling to assume a fair share of the cost, in their own interest, we will all fail. In Glasgow, some steps have been taken to show support.  To date, Glasgow has dealt with everything from green infrastructure for poor countries to the end of coal in South Africa to the water crisis.

According to prime minister Draghi, money is not the issue here. True, to finance the transition multi-trillion-dollar investment is needed over the next few years. The biggest industrial and social transformation in history will cost loads. And international institutions such as the World Bank will have to loosen the purse strings. But the main task lies with private and green finance. New mechanisms are needed to address this demand. Today, even the US Congress is talking about a carbon price.

Even technical negotiations, which revolve around clauses of the Paris Agreement are moving on in Glasgow, says the German State Secretary for the environment Jochen Flasbarth. “The new normal of COP26 is speeding things up”.

China’s top climate negotiator Xie Zhenhua believes that a broad deal on carbon markets is possible[14]. And despite President Xi Jinping’s absence, China plays an active role is in Glasgow.

This is the opinion of European Commissioner Timmermans, who declared “I had a long meeting with the Chinese negotiator, Minister Xie in London, which gave me reason to be optimistic about the results we can achieve”. The Chinese “are ambitious on the transition to renewables”[15].

Beijing has put a concrete programme on the table, and it has already been converted into law. If internal and geopolitical conditions allow, it will be improved. 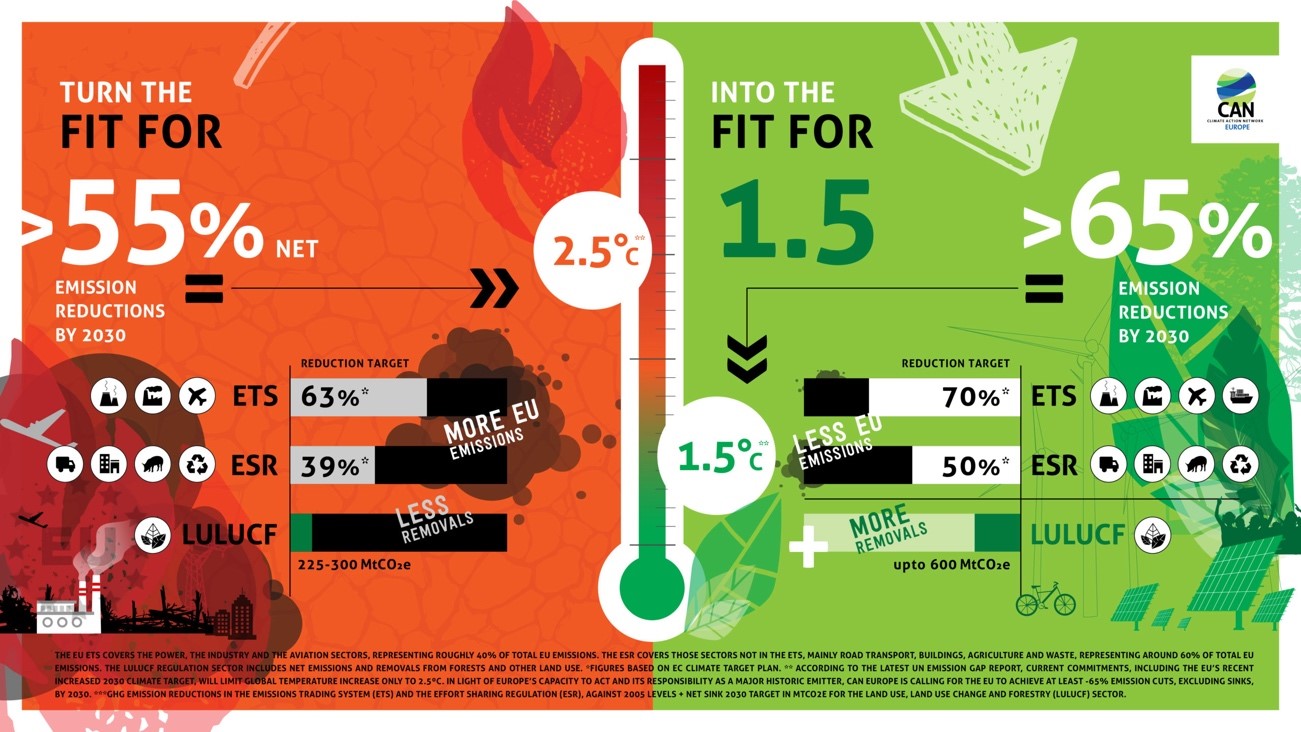 The EU is banking on collaboration. For years, the Eu and China have been converging towards common industrial and regulatory standards. At COP26, the Chinese central bank and the Commission launched a common taxonomy for green finance in China and Europe, which can become the basis for a new global standard for financial products[17].

But geopolitical tensions can undermine collaboration and the common fight to save the planet’s climate.

Relations among powers are not at their best, this affects complex negotiations around how to ensure that emissions are reported transparently and correctly? This is a one of the toughest nuts to crack for the negotiators willing to finalise the so called “Paris Rulebook”.

But even on this, things may be moving on.

During the G20 meeting in Rome and on the eve of COP26, the EU and the United States announced they had reached a deal over their dispute on steel and aluminium[18]. The agreement presents some interesting and innovative features linking climate policy and dispute settlement under WTO rules.

Under the agreement, transparency will be ensured by forming a technical working group to confer on methodologies for calculating steel and aluminium carbon-intensity, among other issues, and share relevant data.

May this small but significant breakthrough be a blueprint for a broader operational model?

After the injection of optimism in Glasgow, it’s time to move from words to deeds. It is not yet clear how much of the commitments made by the countries will be realised.

The clock is ticking. The US plan is still in Congress; Europe Fit for 55 plan is still a policy agenda rather than binding law. China, on its part, often under-promises and overdelivers.

[7] Personal conversation with the author