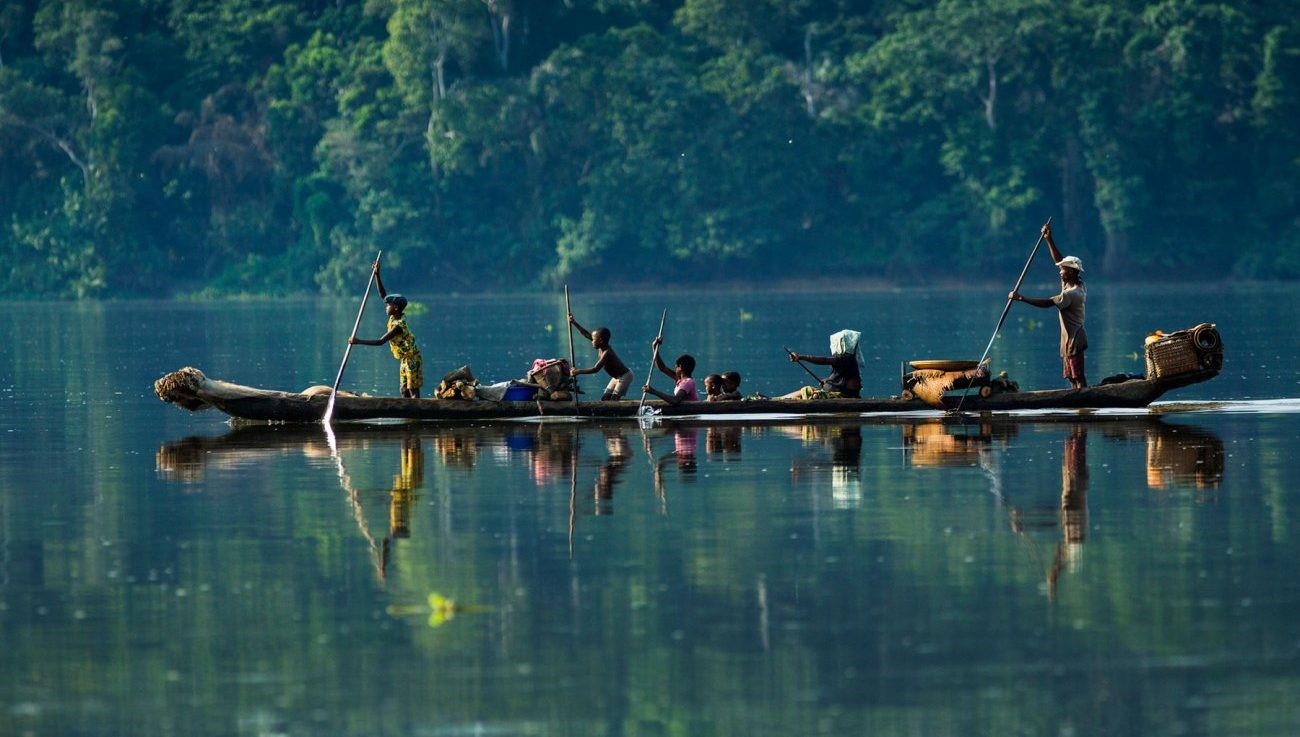 EDITORIAL: HISTORY FLOWS IN THE WATERS OF THE CONGO RIVER

On 24 October 1996, the Rwandan army crossed Lake Kivu and entered Zairean territory. The aim is to annihilate the rebel armies that have been crossing the lake to terrorise Kigali for years. The central government, in Kinshasa, is incapable of reacting: the ferocious dictator Mobutu Sese Seko is ill, his ministers and lieutenants are corrupt and incompetent. In the days that followed, the armies of Uganda, Burundi, Angola and Eritrea were also on the offensive. In May 1997, the Angolan army entered Kinshasa, Mobutu fled, Zaire ceased to exist, replaced by a very fragile state called the Democratic Republic of Congo, led by one of Mobutu’s most trusted men, Laurent Desiré Kabila.

The precarious situation only lasts for a year and a half, after which Kabila decides to attempt the liberation of the country, and attacks the rebel militias scattered in the east of the country. This time Angola is on his side, because his father in Luanda, José Eduardo Dos Santos, fears the invasion of the Cabinda enclave at the mouth of the Rio Congo – the area richest in mineral resources in Angola. The Second Congo War produced 5.4 million dead from battle, starvation and disease. After the end of the Second World War, it is the greatest slaughter known to mankind.

The new Congo is one of the largest and richest countries in the world in terms of environmental and mineral resources. The same vultures who, for years, plundered neighbouring Angola (France, the United States, Israel) are pouncing on the great opportunities offered by a geographical area half the size of the European Union. Bribes to the Kabila clan, and protection for the dozens of rebel military groups that control small, rich regions, and live on blackmail, piracy and smuggling, are enough.

At the end of the two wars, and after the assassination of Kabila – who was succeeded by his son Joseph – the intervention of the international community and the strenuous defence of the industrial interests of an increasing number of multinationals, the Democratic Republic of Congo regained a fragile equilibrium, based on non-belligerence between the state and rebel groups, between the state and organised crime, between the state and foreign companies. In the 18 years of this transitional condition, the whole world looks to the Congo River – one of the deepest rivers on the planet, almost 5000 km of mostly navigable water, the second African river after the Nile. China is building a network of roads and towns that will connect the port of Matadi (not far from Kinshasa) with the distant ports of Egypt and Eritrea, France is working to transform that small river port into an international logistical hub.

Today, that balance is no longer sufficient. The Democratic Republic of Congo and its neighbouring countries (especially Rwanda and Angola) have become the most promising growth area on the planet. The rule of the Kabila clan is over, and work is now being done to finally wipe out the rebels, organised crime and restore health, education and dignity to the population. Of course, all this is happening with the ups and downs that are part of the tradition of the African continent, for centuries hostage to colonialism and servile and corrupt political leaderships. It is a crucial historical moment, not least because the new government in Kinshasa, surprisingly, seems to have gained awareness and, for the first time, instead of fighting useless wars, is trying to convince neighbouring states to fight the most important war: the war to defend the ecosystem and regain possession of their natural wealth, to make it available to Africans. A development that we cannot but follow with attention and enthusiasm.