On 3 December 2021   /   Dossier The Challenges of the European Union, Geopolitics, IBI World Germany   /   Leave a comment 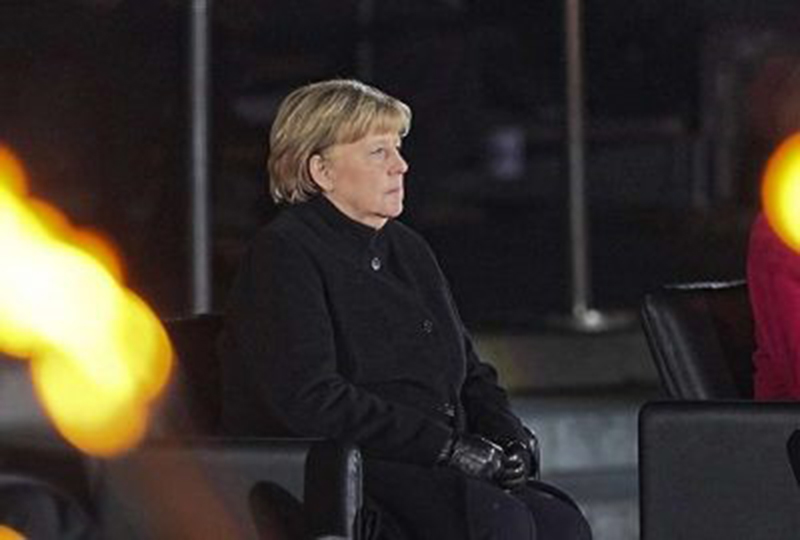 It is the arctic night of 2 December 2021, on the gloomy parade ground of the Ministry of Defence in Berlin. The flak-lit breath of the spectators evokes that of the battle-ready horses that in 1596 waited excitedly for the reins to finally be loosened and the Great Taps to begin, with which the Saxon king of the time had transformed the nightly change of the mounted guard into a ritual for the change of monarchy: a prince goes, and the army honours him with a special parade. A ritual that has been repeated for half a millennium and became infamous in the 1930s during the Nazi dictatorship.

But today, in 2021, things have changed fundamentally. To the sounds of fifes, fanfares and drums, the soldiers march in – with coats and helmets that look confusingly like those from the 1930s: eerie, even with the same flares as back then. The soldiers stop, present their weapons, there is an almost catatonic silence, broken only by the metallic voices of the officers. But then the band begins to play… 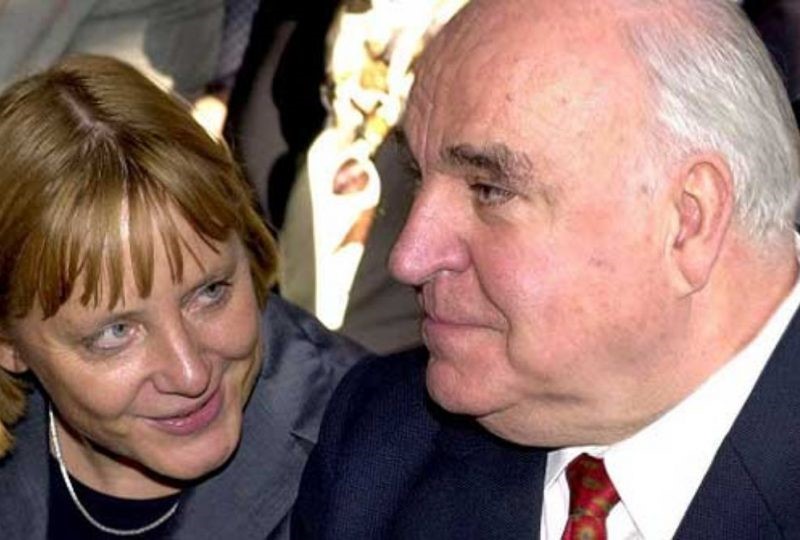 … and there she is, small and wrapped in a black cloak, shivering and moved. The woman for whom the Germanic militia is once again staging an imperial ritual that brings with it many controversial memories that one would – perhaps – rather forget. This is Angela Merkel, celebrated for leaving the chancellorship after 16 years and retiring to private life. One of the most powerful and intelligent women in history, one of the longest serving politicians. A little girl from the GDR who lisped a funny S and (I remember it well) immediately after the fall of the Wall looked admiringly at the Christian Democratic giants of the time who had chosen her to represent their party in the territories conquered by the Anschluss in 1989.

The moment the band begins to play, a smile escapes her and her eyes moisten. Instead of a military march, she has played Nina Hagen: the goddess of German anarcho-punk, the stepdaughter of East Germany’s greatest protest singer-songwriter, who almost half a century earlier – still in GDR times – had become famous with a mazurka in which she complained that her boyfriend Michael had forgotten the colour film on his Sunday outing and thus ruined the memories of that day. A slap in the face, in a country where colour photos were practically non-existent and Michael photographed the countryside as well as his Nina – which at the time was a gross violation of the military laws enacted by the regime. 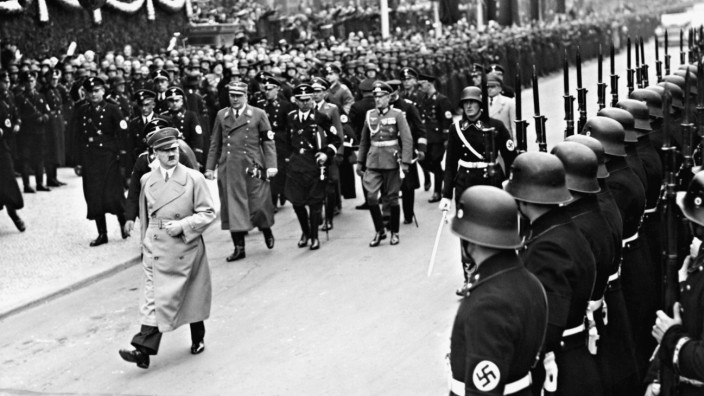 The National Socialist Grand Tattoo of 1938 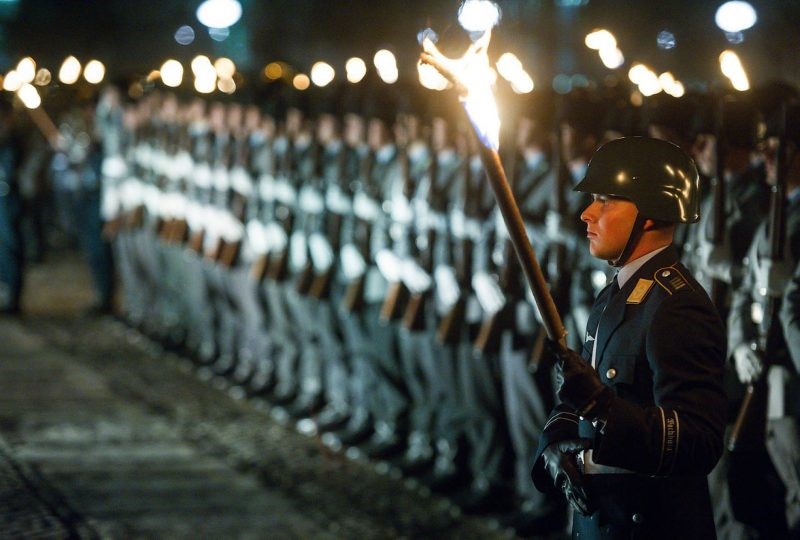 All the quotes from the Wehrmacht crumble before the jaunty tones of a woman who, half a century earlier, in order to express herself freely, had left not only the GDR but the whole of Germany, disappointed by the reactionary respectability of West Germany, and had gone to London and New York to live and sing. This is followed by a ballad by the great singer-songwriter Hildegard Knef, who recounts her own tragedies in the years of reconstruction, curses the chauvinism and reactionary, military culture of her country, but looks forward to a future in which “only red roses shall rain for me”.

On this Berlin night, at the moment of her farewell, Angela Merkel, moved to tears, speaks to the public for the last time in her official capacity. She speaks of “us” and means the young people of her (my) generation, the Germans, all Europeans. We, we, we and then we. What we have experienced and what we have learned to deal with, ready to change our minds with experience, but steadfast in the moment of decisions, especially the most difficult ones. The only thing she says about herself is that she has lived these 16 years with a spirit of service (and that brings us back to the usual buzzwords), but above all with “conscious cheerfulness”. Like that “illogical” one in one of Giorgio Gaber’s most romantic ballads. 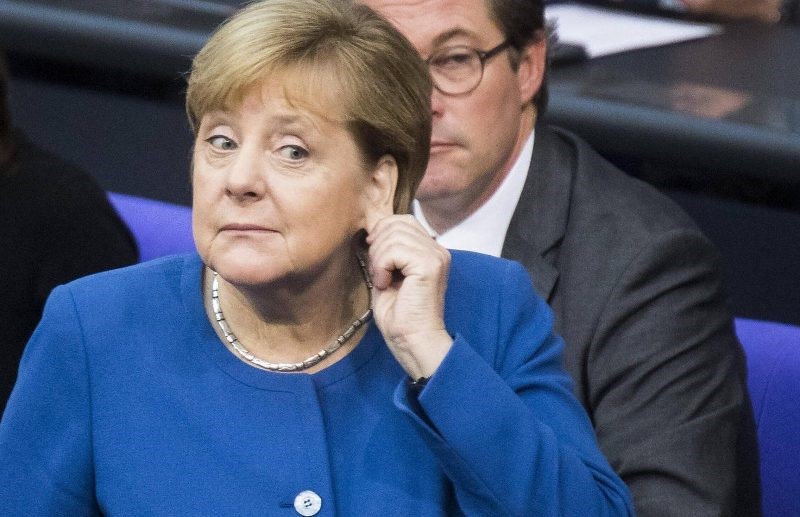 She repeats the concept three times: we must be joyful because life is beautiful and it deserves our constructive energy. I confess: these are the moments when everyone I know who watches television is moved. I explain this to those who, out of principle or frustration, hate this great nation: In German culture, it is not considered a weakness to be pathetic and touching, as we think, accustomed to our Romanesque and Neapolitan whining, but an insulting hypocrisy.

For the Germans, the greatness of the pale girl from the GDR who looked at the new world with wide-open eyes lies in the fact that she was measured, serious, but always anarchic in her decisions (as in the case of the open opposition of all German parties to the introduction of Eurobonds to finance the weakest countries) and on official occasions (such as when she mocked French President Sarkozy on a state visit during a controversy between Paris and the EU authorities by saying “Welcome to Europe” in front of open microphones). 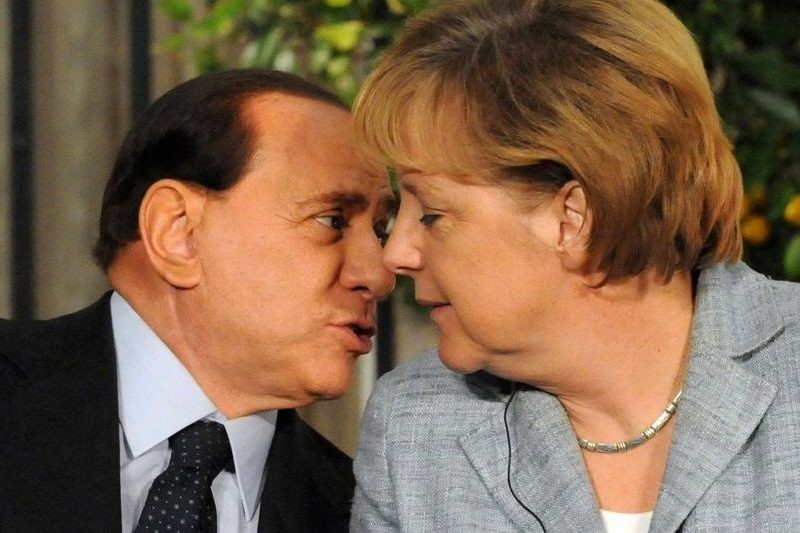 Silvio Berlusconi and Angela Merkel. The chancellor, who speaks Italian, considers the vulgarity of the Forza Italia leader “childish”

A woman who had accepted Berlusconi’s stupid and vulgar jokes, who was upset by the snivelling Giuseppe Conte and the morbid Matteo Renzi. A fundamentalist European, a Christian in the civic sense and not only in the religious sense (as shown by the opening of the borders to Syrian exiles during the civil war). A leader who sometimes seemed weak and insecure, but who has led the country by often going against her own party: fighting for the nuclear phase-out, for the maintenance of social laws and now against the no-vaxers.

This evening in Berlin, we Europeans bid farewell to a stateswoman we will mourn. One whose last act was to call Putin and threaten him if he continued to deploy troops on Ukraine’s borders and deport refugees to Poland’s snowy borders. One who learned to speak Italian on Ischia and gets “dozed” when she leaves the beach in slippers and bathrobe with her invisible husband (who is a great scientist) and has an aperitif in the usual bar before returning home to cook. Angela Merkel, one of the last great personalities of a terrible century, replaced by the beginning of a new one whose characteristic is to radiate great fear of the future.