AFTER ALDO TORCHIARO’S ARTICLE: GENNARO VECCHIONE IS ONLY THE TIP OF THE ICEBERG 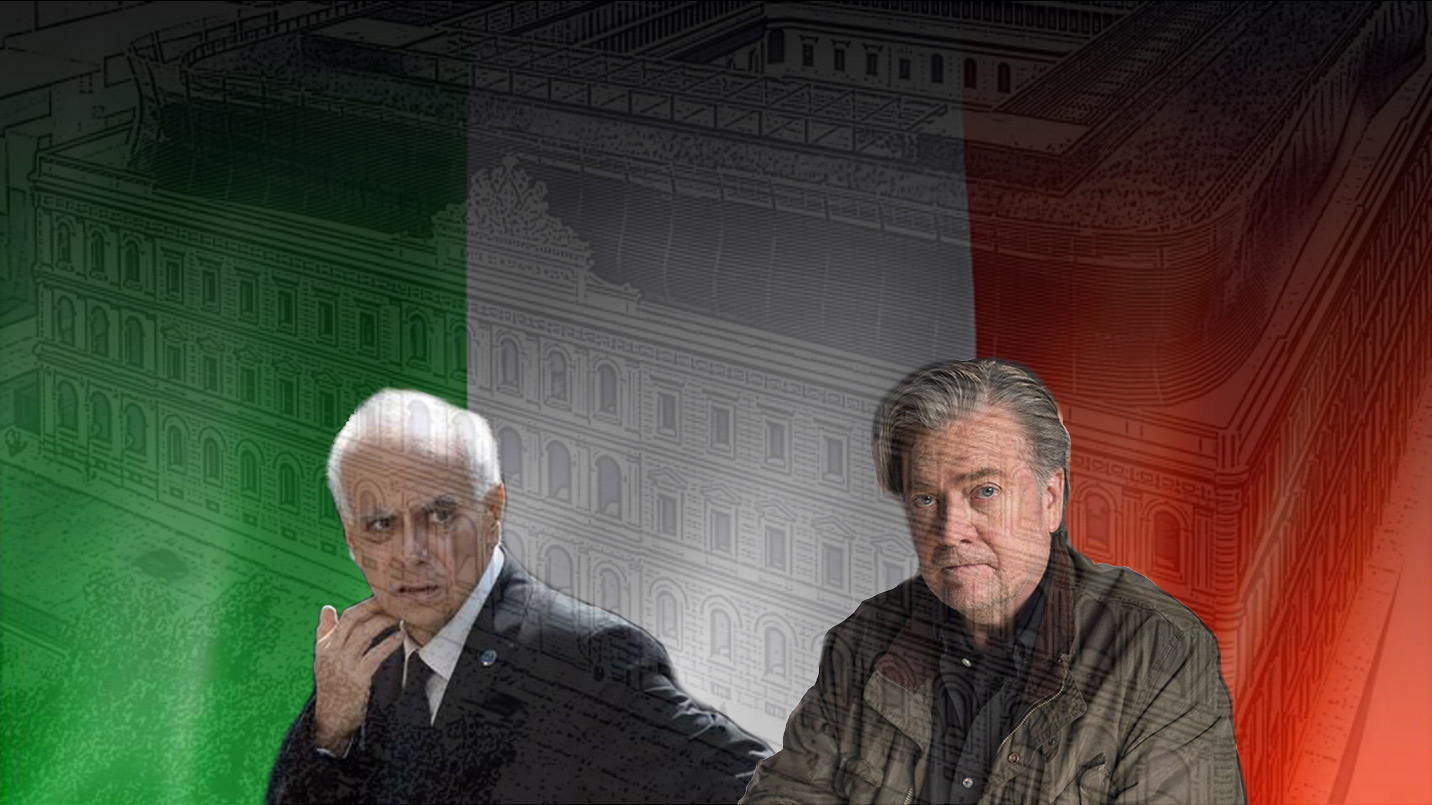 
Republican Italy has a sad tradition of army officers with vibrant anti-democratic passions. In December 1970 there was even a coup led by submarine officer Junio ​​Valerio Borghese[1]: hero of World War II[2], one of the founding fathers of MSI – the far-right party that replaced the fascist after the 1948 referendum in the Italian parliament – and later founder of two openly fascist subversive organizations, which offered those who were not satisfied with the MSI party a more extremist position: the National Front and the Vanguard National[3].

A few years later, with the discovery of the secret Masonic Lodge P2 (Propaganda due), Italian judges discovered that another figure linked to the Nazi and Fascist intelligence services during World War II, Licio Gelli[4], created an organization colossal subversive whose aim was to organize massacres by attacks on Italian banks and stations[5]: a strategy aimed at abrogating the democratic constitution without military action, through the widespread corruption of military and political leaders and – by its implementation – to implement the “Democracy Recovery Plan”[6] or a project aimed at raising the protection of freedom and democracy.

When we think of P2, we first remember famous parliamentarians like the socialist leader Enrico Manca (president of RAI) and other leaders of his party, the Christian Democratic Party and the Social Democratic Party[7], the journalist Maurizio Costanzo[8], real estate developer Silvio Berlusconi[9] – because many other names have been forgotten.

Including all the heads of the secret services and the army in service at the time of the discovery of the lists of partners: Vito Miceli, Giuseppe Santovito, Walter Pelosi, Giulio Grassini[10] (all political appointments at the top of the secret services[11]), the general Giovanni Allavena (SIFAR, special forces[12]), Colonel Giovanni Minerva (Air Force[13]), General Gian Adelio Maletti and his assistant, Captain Antonio Labruna – later forced to resign due to their friendly relations with the neo-fascists suspected of having placed the bombs for the massacre of Piazza Fontana in 1969[14]. 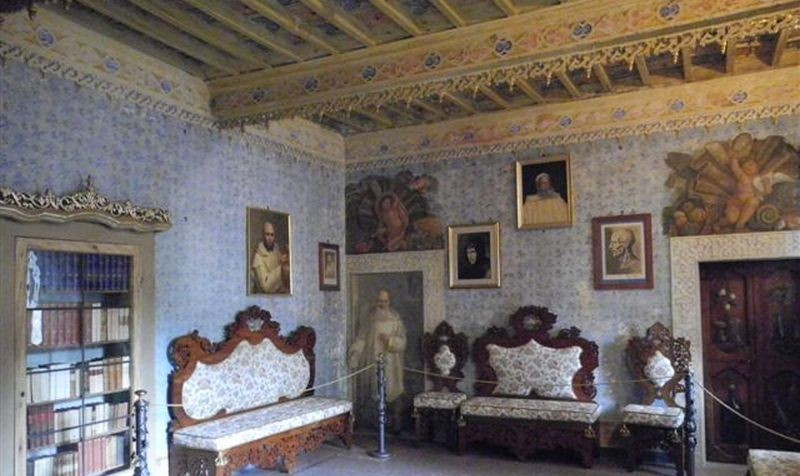 One of the luxurious rooms of the Certosa di Trisulti, which was illegally and gratuitously assigned to the fundamentalist organization of Cardinal Raymond Leo Burke[15]

It’s been almost 40 years, but now it’s starting again. In 2008, some American prelates associated with far-right supremacy founded the DHI Dignitatis Humanae Institute[16], which sparked the spirit of creating a possible new group of high-ranking military officers, most of whom held positions. Leading positions in intelligence that are no longer obeying the republic, but the outside forces and opponents of democracy.

DHI is an international association founded by Cardinal Raymond Leo Burke (a cardinal who called for the resignation of Pope Francis I[17] because he considers him too progressive[18]) and by political circles close to Donald Trump, who in Italy received one of the most beautiful structures as a gift: the management of an Italian historical and cultural heritage (and of inestimable value): the Carthusian monastery of Trisulti[19] – a gift that goes against all applicable laws, against the will of the local administrators[20], against the opinion of the Catholic Church, the courts[21] and the Italian State[22].

The goal of DHI is to promote the fundamentalist Catholic vision of its followers in all corners of the world as a kind of global jihad against sexuality, ethnic and racial differences, libertarian theories, the emancipation of women – but also against a secular and non-Christian-militant society[23]: everything behind an alleged equidistance between Communism and National Socialism[24]. A very dangerous mixture.

The leading cadres are a list of the most disturbing politicians of the new century: the first stick consists of Nirj Deva, his assistant (Benjamin Harnwell) and two MEPs, Vincent de Roeck and Hans-Gert Pöttering[25]. Nirj Deva is an ultra-conservative businessman from Sri Lanka who was elected to the British Parliament from 1987[26] and to the European Parliament since 1999[27]. However, he became famous for his lobbying of the Rothmans tobacco industry and other global construction, engineering and power companies[28], as well as for his support of Sri Lanka’s foreign diplomacy – a country where he is arguably the richest and most powerful entrepreneur[29]. At the same time, he was for decades one of the leading figures of England’s most conservative political association, the Bow Group, of which Deva was chairman between 1981 and 1982[30]. For his assistant Harnwell, it is his goal, with Steve Bannon – if possible in the Certosa di Trisulti[31] – to create a “gladiatorial school for warriors of cultural identity“[32]. 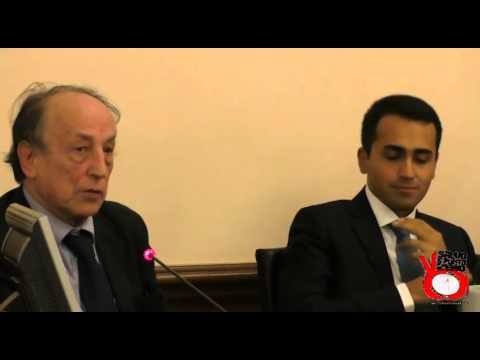 Concerning Pöttering, he is one of the political leaders who are members of the faculty council of the ECSSR (Emirates Center for Strategic Studies and Research) or of the think tank founded by Mohammed Bin Zayed Al-Nahyan, whose goal is to build a network of politics, industry and Military alliances in the rest of the world – an association which has recently been embroiled in corruption scandals and is a major supporter of the work of Michael Hennrich, the official auditor and Emirate lobbyist in Germany[34]. The other participants in the GHI conferences are dozens of far-right philosophers, university professors and politicians from Europe, Asia and America[35].

The Sciacca Foundation, which carries out its activities at the Certosa di Trisulti[36], is one of the different organizations that are founded, supported or affiliated with DHI. This foundation not only counts Matteo Salvini and Giancarlo Giorgetti among its members, but also brings together many officers of the Italian army and intelligence services[37] – led by Gennaro Vecchione, who fought for the dissolution of some of the military bodies involved in the Russiagate investigation, who sent to Washington the material collected in defense of Donald Trump and his staff without a request from American justice[38]. The same Vecchione who is a proponent of creating a highly specialized unit of the military to deal with cybersecurity and who should have been allowed to ignore certain privacy laws in our constitution[39].

Vecchione is an officer who was linked to the leaders of the GHI by lawyer Augusto Sinagra. Who is this man? Some details: P2 card 2234, advisor to Luigi Di Maio, lawyer for Licio Gelli, defender of Matteo Salvini in the investigation into the Diciotti ship[40], also examined on several occasions for its relations with the Mafia and Freemasonry de Trapani, activist of the CasaPound neofascist movement, defender and (since hiding) protector of Colonel Jorge Antonio Olivera and Colonel Carlos Luis Malatto – two of the worst torturers, assassins and torturers of the Argentine military junta in power since the late 1970s[41].

Aldo Torchiaro wrote an important article in which he put into perspective the relations between these officers, faithful to a medieval idea of ​​obscurantist Christianity, and the big Italian taxis, the M5S and the League. It may be a coincidence, but hours after Vecchione was removed from his post as head of the secret service, a court finally ordered the expulsion of the Certosa di Trisulti[42]. We can only hope that goes well.