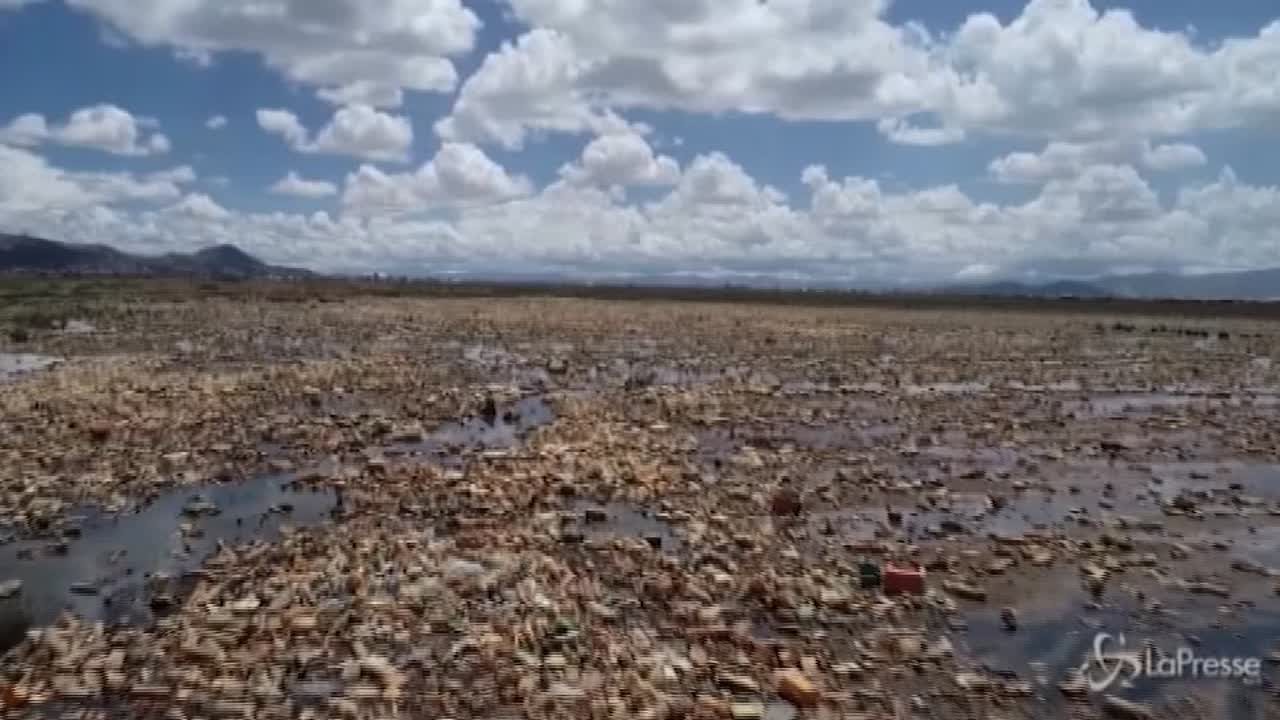 Welcome to Lake Uru Uru, Cordillera de los Andes, Bolivia – one of the largest and most beautiful lakes in South America, deep blue, full of fish and home to thousands of flamingos – until just five years ago. Now, as you can see, it is an expanse of abandoned plastic packaging, an eschatological vision from a science fiction film, but unfortunately true. A situation which is not confined to this terrible example, but which is becoming, day by day, the common condition of the water basins which, for thousands of years, have kept animals, plants and human beings on this planet alive.

Water dies. And without water, of course, life on planet earth dies. Water does not disappear, on the contrary, the level of the seas rises due to the progressive dissolution of the ice caps at the two poles, but that water is often dead, unusable, almost without oxygen, which is replaced, in the chemical chains that make up the seas, by poisonous compounds of methane or other elements that come from oil spills, from the residues of chemical fertilisers, from pesticides, from the animal residues of thousands of billions of birds, mice, insects, which in turn are poisoned, replacing the natural humus.

This is a tragedy of which we are not aware, because at home we get clean water from the tap, and in the supermarket there is plenty of mineral water on sale for very low prices. In countries where this is not the case, drought, or poisonous water, kills an invisible population, far from the perception we Westerners have of it, without the worsening of the situation becoming an anxiety factor for our families. 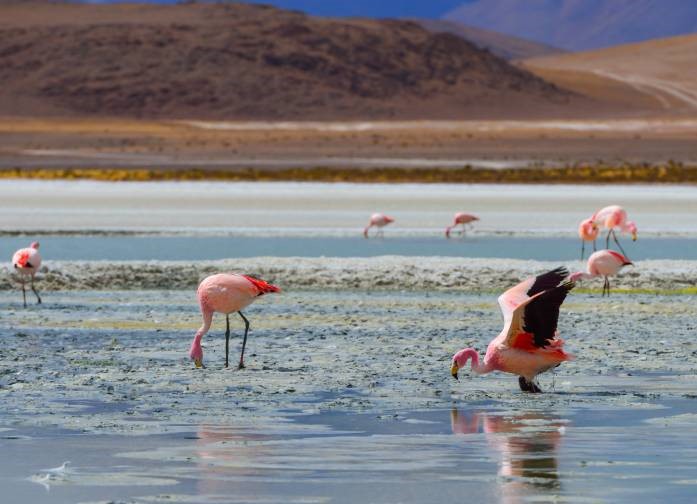 It is not that all governments are equally blind to this tragedy. In South America, for example, with the ‘Law of Mother Earth’[2], Bolivia In 2011, during the presidency of Evo Morales, the continent’s first ‘Indian’ president[3], Bolivia adopted a law, unique in the world, recognising the civil rights of Nature[4]. The law is based on an awareness of the fact that the ecosystem in which we live has an incalculable value, equivalent to that of a living person, a physical person. Bolivia, a nation with an ancestral culture and traditions, wanted to be a reference point for the world in defending Mother Earth, the “Pachamama”, as the Andean people call her[5]. A measure that, unfortunately, has been overtaken and thwarted by the course of events.

In 2016, the tragedy of the drought, due to the increase in the average temperature of the planet, brought Bolivia to its knees, just as it has affected most developing countries – so much so that, for example, 90% of the Aral Sea, on the border between Uzbekistan and Kazakhstan, the size of Ireland, is now reduced to the size of Palestine[6], and it is feared that it will disappear within the next generation[7] – one of the environmental disasters with the most serious effects in the history of humanity[8]. The same fate threatens Lake Turkana in Kenya (what, until independence, was called Lake Rudolph), as Ethiopia, which controls its tributaries, has built dams to irrigate fields there[9] – dams that cause the water level in Turkana to drop dangerously, resulting in the desertification and famine of one of Africa’s greenest nations[10].

During the drought, Bolivian cities were supplied by tanker trucks, which considerably reduced the water levels of Lakes Poopó and Uru Uru, already threatened by irrigation from multinational plantations and mining[11]. The two lakes – located at an altitude of 3,686 metres in the department of Oruro – are home to the largest number of flamingos in the Andes[12]. Lake Poopó is the second largest lake in Bolivia, after the famous Lake Titicaca. In 2002, the Bolivian authorities declared the two lakes to be areas of global importance[13].

It is a shock at planetary level: Lake Uru Uru is traditionally a popular tourist destination which, during the drought, has been transformed into an open-air dump, in which the water is almost completely covered by a heap of plastic bottles, broken toys, bags and abandoned tyres[14]. Its surface area has shrunk from 214 to just 30 square kilometres, and the quantity of water has been reduced by 70%[15]. This threatens the existence of indigenous communities: the Aymara, the Quechua and the Uru Murato – one of the oldest in Bolivia, whose men have had to stop fishing and seek work in the salt mines[16].

Margarita Aquino, representative of the Women Defenders of Mother Earth (Renamat), says: “These water sources are vital for our communities and for Mother Earth”[17]. Limber Sanchez, a scientist from the Centro de Ecologìa y Pueblos Andinos (CEPA), accompanied the press to the lake and explained what had killed Uru Uru: plastic, acidic water from the San José mines – rubbish that reaches the lake through the Tagarate canal, which starts in Oruro, where the population dumps their waste[18] – as well as heavy metals (cadmium, zinc and arsenic) left in the lake by everyone[19]. 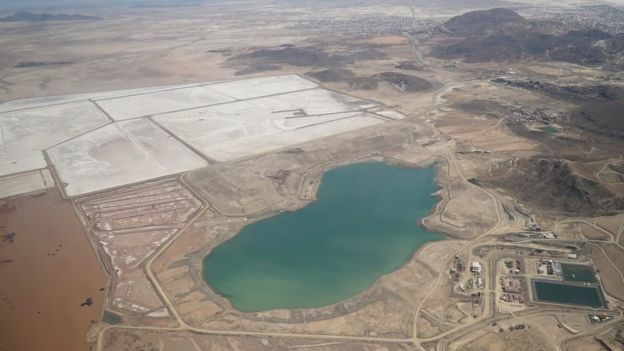 What remains of Lake Poopò, on which a mine has been built, draining and poisoning the water table[20]

CEPA reacted by organising the collection of water bottles abandoned in the lake, then on the control of safety and environmental protection measures at the Inti Raymi company’s KoriKollo mine, where cyanide is used for gold mining[21]. In addition, CEPA monitors the activities of the Huanuni Mining Company, a company that for years has been producing acidic and solid water, which is discharged untreated into the Huanuni River, the flow of which drags the water down to Lake Poopó and infiltrates underground aquifers and springs, and can no longer be drunk by either animals or humans[22].

But ecologists do not have the strength to deal with all fronts: Newmont Mining Corporation (USA) and Glencore (Switzerland) are investing in new mines in the Oruro region, about whose state licences CEPA expresses serious doubts, although it understands that the mining sector is Bolivia’s[23] second largest income generator. Other multinationals have formed alliances with the state company COMIBOL (Corporación Minera de Bolivia) and are preparing to open other sites in the Andes[24]. The government has changed colour and direction, and is more interested in improving the economic situation than in the environmental cost of mining.

The dead waters of the Persian Gulf 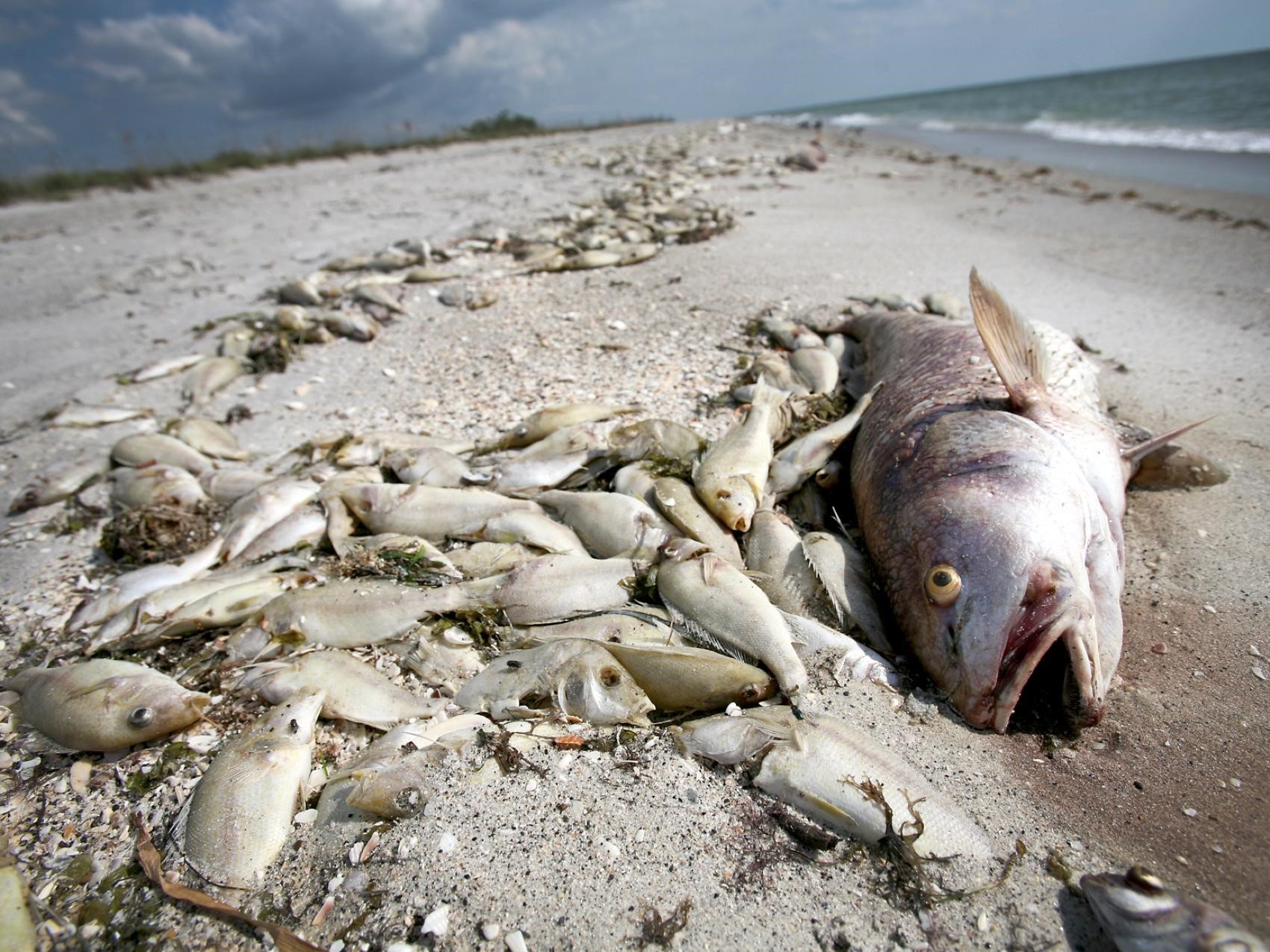 The situation in many marine areas is no different. A United Nations program, called iRobot Seagliders[26] (which, first of all, are robots for sounding the seas for military purposes[27]), is analyzing the situation of the oceans at different depths and near different geographical areas. The results are distressing: everywhere, oxygen is being wiped out by algae (which thrive on waste and rising water temperatures) and pollution, so that whole swathes of the oceans, and especially the Pacific Ocean, are now barren in the first thousand meters of depth[28].

But the stretch of sea in which the situation has now become irretrievable is the Persian Gulf, as far as the Channel of Hormuz and the Gulf of Oman[29]. The cause in this case is not the dumping of rubbish in the sea, but the constant repetition of very serious tanker accidents resulting in the spillage of crude oil into the sea[30] – and the rest of the familiar chain: fish and birds die, algae thrive, oxygen is replaced, in combination with hydrogen, by other poisonous chemical elements[31].

But the worst thing is what happens on a daily basis, without control: every ship passing through the Persian Gulf, on its return journey, before returning to port, fills its holds with sea water with which it washes and dilutes the contaminated residues it has on board, and then discharges tons upon tons into the sea every day for over 40 years[35]. Not to mention the damage caused by desalinating seawater, the main source of drinking water for the United Arab Emirates and Kuwait – a practice that has destroyed coral and poisoned fish[36]. Unfortunately, these two countries refuse to open international negotiations to try to change this very serious situation.

The landfill between Scylla and Charybdis 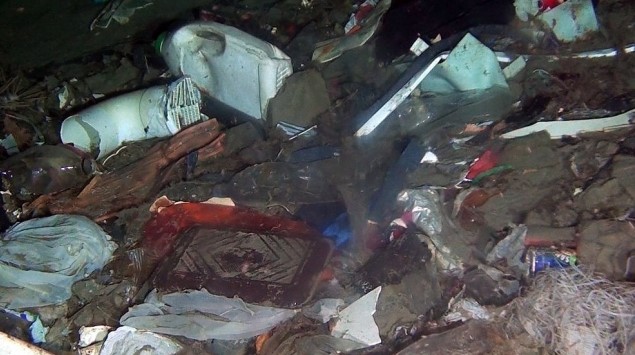 The seabed in the Strait of Messina[37]

The underwater area of the Strait of Messina is the one with the highest density of waste in the world: it is “more than one million objects” per square kilometers in some areas of the seabed[38]. This is stated in a document compiled on the basis of data collected in 2018 on behalf of the European Commission’s Joint Research Centre (JRC)[39] and disputed by the University of Messina, which claims that the stretch of sea polluted as much as claimed is “only” a 7 km span of sea – the one over which ferries pass[40].

According to the Sicilians, this is the consequence of the tragic Giampillieri flood (2009), which claimed 37 victims [41]– a claim considered “ridiculous” by the European study, which continues to analyze the rubbish meticulously with ROVs (remotely controlled underwater vehicles), not only photographing it but also dating it[42]. It is a compilation of data and assessments by a large number of experts, including ISPRA, the University of Açores (Portugal), the Alfred Wegener Institute (Germany), Utrecht University (Netherlands), the Marine Research Institute (Norway), the University of Barcelona, the Monterey Bay Aquarium Research Institute (California), the Institute for Global Change in Japan (JAMSTEC), IFREMER (France) and Oxford University[43].

The fact is that for more than a quarter of a century, in the whole area of sea surrounding the Strait (but now in all Italian seas, especially the Adriatic), in trawling down to a thousand meters depth, the amount of biomass harvested has become less than the amount of waste[44].

Of course, in each of these situations described, action could be taken. In Bolivia, associations of environmentalists and local residents have started to spend weekends on the lake collecting rubbish – a wonderful thing, a Sisyphean effort, since the incoming rubbish exceeds that which is collected in this amateur way. Elsewhere, nothing is being done, on the contrary: as we have already described in other articles, since the seabed is dead anyway, it might as well be exploited for mining and military installations. In the meantime, the amount of contaminated fish arriving on our tables is increasing, but since it is well packaged, this seems to interest no one.