WAR FOR THE ARCTIC 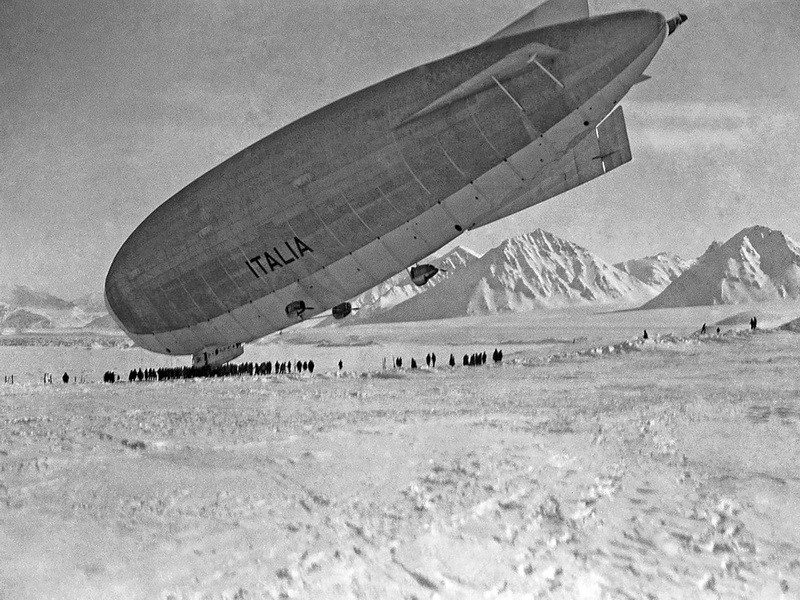 EDITORIAL: THE LAST THULE, HUMANITY’S END OF THE LINE

I dare not imagine the face of the Greek sailor, Pytheas, in 325 BC, when, having crossed the Pillars of Hercules and challenged the gods to find fertile lands rich in minerals, he comes up against these immense mountains of eternal ice, and realises that he could go no further. His world is different, unchanging, unknown. Alexander the Great is about to give up his life in the midst of his crazy eastern military campaign. In Rome, the monarchy has ended and the republic is born. In China, Gongsung Long teaches rationalism and seeks a metaphysical correlation between name and omen. Everything is still possible, and Zeus still sits on the throne of our fears, from where he hurls the thunderbolts that make the earth tremble.

Instead, I have before my eyes the documentary images of the first rescue mission to the North Pole. It is 1928: two years after the first trip with Roald Amundsen, the explorer Umberto Nobile has made a second journey to the end of the world, and his airship has crashed to the ground. They found him after seven weeks, fortunately for him, because he and some members of his staff, who had escaped the crash of the airship, painted the tent red, the one in which they spend their days praying and gnashing their teeth. A red dot in an inhuman and immutable white immensity.

And I think about what the pole will be like in less than a hundred years, when the glaciers are gone and the narwhals no longer need their horns to break through the ice and return to the surface. When there will be humans everywhere, with monstrous machines digging mines, atomic submarines looking at each other with scowls, spaceship-like fishing boats exterminating the few fish left on the planet. The last surviving corner of the planet, while the rest burns in deserts, is swept away by hurricanes or drowns in tidal waves that wipe out entire islands.

I realise that the battle over the Arctic, which is being fought mainly by the three great military powers, is a symbol of the mass suicide of humanity – the extreme folly of governments who still believe that progress and consumption are a line that points upwards and must not be stopped – and who dream of taking the survivors of what they believe to be a superior race, to Mars, or who knows where else, to rebuild on an impossible planet the wonderful life that was given to us on the blue planet. Our mother earth, betrayed and mortally wounded.

I think that, while they tease us with “taxonomy” and, after explaining to us how climate change will exterminate life, they are investing in gas and nuclear power plants, and preparing local wars similar to those of the Middle Ages, it is necessary to have an extremely careful look at what is happening up there, where no one ever looks, and where terrible things are happening, and not only because the glaciers are melting, but also because the Russians are dumping their radioactive waste bins up there, and the methane hidden under the eternal frost, once released, will turn into methane hydrate and, in this form, will build up in a few years a film that will encircle the planet, heating it to temperatures that even today’s science cannot calculate.

Francesco Guccini sang: we will not be there anymore. True. But our children and grandchildren will be there, and it would be nice if we loved them and cared about their future, even if the deceptive appearance of normality pampers us in our laziness and our daily selfishness.