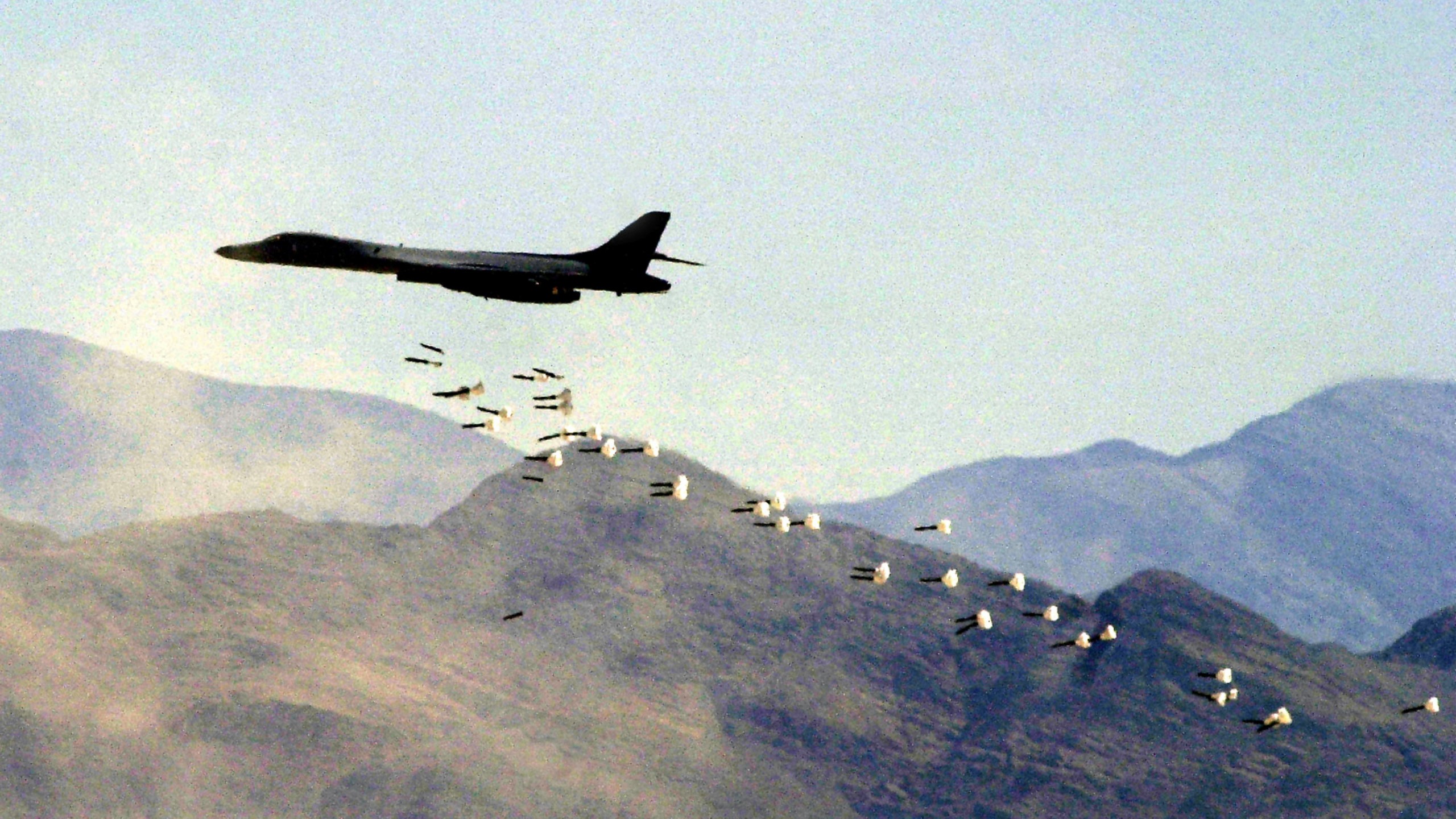 EDITORIAL: ON THE BRINK OF A NEW WORLD CONFLICT

Most people don’t know it, but planet Earth has been on the brink of world war again for several years. We don’t know and we don’t expect that, because we no longer have a clear picture of the balance of forces. It is believed that a conflict would be nuclear and would involve the opposition between NATO (United States and European Union) and Russia or China. A big mistake. And when the word Middle East is suggested to ‘help a little’, most people respond: Ah, of course, Arabs versus Israelis.

The balance of terror, due to opposing nuclear arsenals, is still intact, also because now even the dumbest dictator (North Korea) knows full well that once a nuclear war is started it would kill. everyone, including those who triggered it. As for the Israelis, if you missed the last episodes of the soap opera, the Saudi monarchy and Egyptian tyranny have become their best allies. Two Arab countries ready to wipe out Palestine with a single blow of the sponge and greetings to those who have not understood it.

If there will be war, it will be started by the smallest of the neutral countries, namely the United Arab Emirates – a nation of sand and stones as large as Austria in size and population: around 9 million people. Almost twice the size of the quintessential neutral nation – Switzerland – but without cows, watches, Gruyère and ice hockey. This tiny country is ranked 36th military power in the world by the Global Firepower Agency at the end of 2020 – having climbed more than 40 positions in the past five years[1].

This list does not take into account the alliance network or the impact of the technological factor: the latest clashes between states considered likely to trigger (USA, Russia, China, India, Japan, South Korea, France, Great Britain , Brazil and Pakistan[2]) have all been caused by the so-called cyber warfare[3] – it’s a war without the need for armies on the ground, but only waged by digital weapons that are maneuvered at enormous distances[4].

Well, in the complicated system of the Middle East question, the exponential growth of the UAE armed forces is considered all the more dangerous because, unlike other countries in the world, it can only be compared to the autocratic dictatorship in Pyongyang. In Abu Dhabi, everything is concentrated in the hands of one person – someone who is completely out of control. We are talking about Prince Mohammad Bin Zayed Al-Nahyan who holds political power (he is the head of an absolute monarchy[5]), military power (he is also Chief of Staff and Minister of Defense[6]), power industrial (it owns the EDGE group[7] and the Mubadala group[8], which arms the army, but also Aquila Aerospace[9], which has armed the mercenary militias under its private command[10]) and technological espionage (which has bought all the most intrusive technologies and effective in the world[11] and has already used them against his opponent’s politicians[12]). Names unknown to the vast majority of people and therefore even more dangerous, especially if (as much as possible) Mubadala is going to buy the Inter football team as well[13].

The UAE has strong and loyal allies who are allies due to the shared fear of anti-monarchist movements, Iran and Turkey – allies who constantly hold their hand on the trigger and, when they feel hopeless , are ready to kill, as has already been the case – for example with journalist Jamal Khashoggi[14]: Saudi Arabia, Egypt, Israel, Kuwait, Bahrain, Oman. Their policies are so aggressive that they force those who have remained outside the alliance (Turkey and Iran, but also Palestine, Lebanon and Qatar[15]) to coordinate their defenses among themselves for fear of national security, as the war shows. relentless triggered by Saudi Arabia and the Emirates in Yemen[16].

In this duopoly of terror, the great powers (USA, China and Russia) are trying by all means to prevent a military escalation and therefore to negotiate as best they can (they too are entangled by economic interests and alliances already existing) with the parties concerned – with the same happiness and efficiency that has been demonstrated since 1948 in dealing with the question of Jerusalem. So no. So we come back to the situation we have faced twice in the last century: two enemies facing each other gritting their teeth and sharpening their swords.

Good old 20th century … The world as it has been born after the Yalta Conferences was considered a duopoly, and the confrontation between these two poles, motivated by a profound difference in dialectics between the individual and the State, became balanced by the principle of mutual possibility of destruction: the Cold War was the division into two blocks of the entire planet based on the idea that the United States and the Soviet Union were the only ones with a nuclear arsenal, which would have been enough to destroy life on the planet. According to this idea, each small country could choose to join one of the blocs or try to remain neutral[17].

This simplistic scheme was propaganda and never worked in reality: after 1945, every conflict faced the financing of dictatorial coups, and when that was not enough (as in Korea, Vietnam, Afghanistan, in Iraq), there were invasions that killed thousands of people and which, if defeated militarily at all, were all lost due to the inability to cope with the aftermath of the backfire – which s’ is produced after the official war.

It was a sign that the duopoly couldn’t work and that things had already changed. For centuries, the survival of an independent state had been ensured by its army, and this army had to be large and well-equipped to offer a guarantee against foreign conquest ambitions. The Swiss governments are aware of the fact that they fought several times, especially after the end of the Napoleonic era (whose struggles cost human life dearly in the Confederation[18]), an “armed neutrality” sanctioned by the Treaty of The Hague of 1907[19] then repeated and updated in several successive laws until the definition of 2000 when the Federal Council took note that the world has changed and that the dangers do not come from the size of the army, not from possession of nuclear weapons – not just enemy ones, but destroying the entire planet – but the quality of weapons technology[20].

The real cause of the Cold War crisis lies in the failure of the ideology of unlimited industrial progress. First, there was the replacement of countries that were victims of colonialism. Then, in the early 1970s, things took on a new shape. In the countries on the fringes of the large areas of power (Argentina, Chile, Philippines, Indonesia, East Germany, Czechoslovakia, Poland), libertarian conflicts broke out, during which years of oppression and misery were repressed with anger and violence by transferring wealth to the heart of the duopoly; in the countries which succeeded in freeing themselves thanks to oil exploration (especially after the birth of OPEC), ethnic and / or religious conflicts broke out; and in the Far East, China began its path to prosperity and superiority[21].

The duopoly retained control for another twenty years because it had a monopoly on nuclear power and sold arms to all contenders in all disputes. But now this phase of planetary history is also over. We go back to the beginning, when the center of all wars was the so-called Asia Minor – and then we go back to the great masterpiece of Peter Hopkirk[22], who told us what we knew about but who is now crucially important: If the blasted planet it probably won’t be a Dark Evening official hiding in a Siberian bunker, it won’t be a pompous general covered in friezes and stars in a soundproof room in Arlington, it won’t be official Chinese Party composure – but a man in a white caftan sitting in the desert, full of hatred for everything and everyone. The purpose of this file is to make it clear to you.